Ra Ra Riot Move Away from Their Chamber-pop Origins 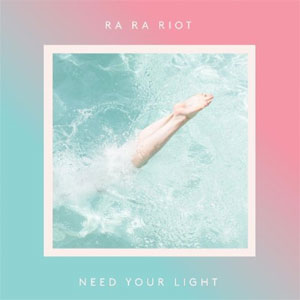 “What it really comes down to,” says Ra Ra Riot vocalist Wes Miles, “is that, as an artist, you don’t ever want to make the same record twice.” That thinking helps explain the abrupt stylistic change between the group’s second album, 2010’s baroque-flavored The Orchard, and 2013’s Beta Love. For that third album, and on their latest, the newly released Need Your Light, the Syracuse, New York-based quintet has moved away from the chamber-pop feel of their earlier records, now favoring a sound that puts greater emphasis on synthesizers and drum textures.

“After The Orchard — which sounded a bit more like our first record [2008’s The Rhumb Line] — we felt like we were in a little bit of a rut,” admits Miles. “So we felt like we needed to make more drastic changes. And that was jarring for a lot of people who were very attached to the sound of the first record. But it really allowed us a whole new freedom that we hadn’t experienced.” Need Your Light doesn’t repeat the previous record’s approach; instead it builds upon it. 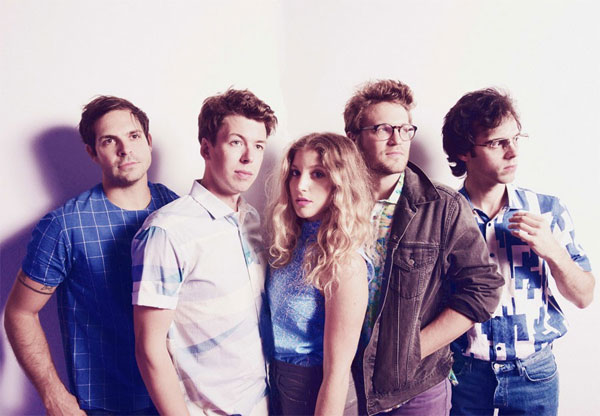 Those early records showed the influence — though perhaps once or twice removed — of sonic adventurers like Van Dyke Parks and The Beatles, plus more recent auteurs like Elliott Smith. But Ra Ra Riot’s newer material draws some of its vibe from the popular music of a different decade. Miles says that when he was young, “I definitely listened to Peter Gabriel‘s So a lot. I’ve also been a big Kate Bush fan. There’s an ’80s vibe that we will probably always have at least a pinch of, so that often comes through in our music.”

Miles says that in making Need Your Light, Ra Ra Riot also “looked for inspiration from a few places we hadn’t before, like ’90s music, neo-soul stuff.” The album was recorded in multiple sessions, in different locations, with different collaborators. “Having a diverse and dynamic record is always a high priority for us,” Miles says.

But all this talk of the studio fails to get at a key goal of all Ra Ra Riot recordings: capturing the excitement and energy of a live performance. “After writing the songs, we did a bunch of house party shows,” Miles says. “That’s a way to find out what connects with people and what doesn’t, what parts of songs feel good, and what parts rely too much on technology.” That feedback helped bring Need Your Light to a finished state that pleases the group.

Plus, now they know how to play the songs. Miles recalls that after making Beta Love, the band members said, “‘We’ve finished making the record; now let’s learn how to play it.’ We didn’t want to have that experience again.”

Through all the changes that Ra Ra Riot has made in their 10 years together, Miles says fans have followed. “After the initial backlash to — maybe backlash is too strong of a word — of people being taken aback by the changes, ultimately most people came back to it and said, ‘Oh, it’s good,’ and didn’t have the same expectations.”