“I grew up playing bluegrass; it’s in my blood like crazy,” says guitarist, singer and songwriter Larry Keel. “But these days when I’m writing, I don’t hear bluegrass anymore. I’ve written and performed music that is, I think, unclassifiable. And that’s where I want to be.” Keel continues to defy pigeonholing with Experienced, his 15th self-released album. Keel and his band performed at Asheville Music Hall on Friday, March 25 for an event he describes as “a CD celebration and a ‘family reunion’ at the same time.” 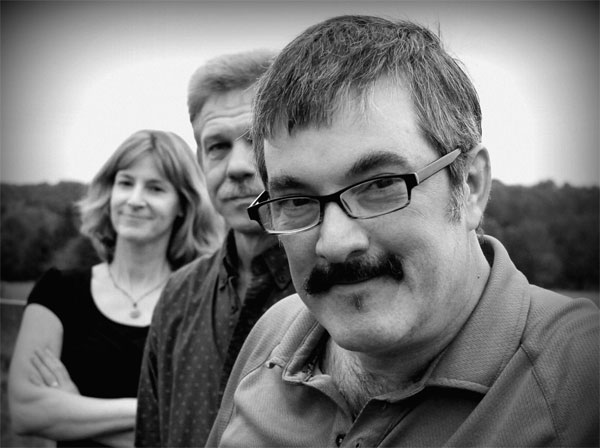 That reunion commemorated a musical connection with Asheville going back many years. “I was playing with a group called Magraw Gap,” he says, “and we started playing in the Asheville area about 20 years ago.” He has fond memories of shows at storied – albeit long-gone – venues like Be Here Now. “The first place Magraw played was Barley’s Taproom. We played about every venue in town. And man, we had great success right off, meeting people, and having wonderful musicians from the area coming out and playing music with us. It truly felt like a family.”

Keel says that his band has been “sort of loosely based out of Asheville for awhile.” But he hasn’t relocated here, preferring instead to remain in his Virginia home. “I definitely like the mentality, the surroundings, and all the progressive thinking that goes on” in Asheville, Keel admits. “But I’m sort of rooted up here in the Blue Ridge Mountains in Virginia. I’ve got family up here.” Still, he keeps his options open on the prospect of eventually moving to Asheville. “It’s quite an epicenter for the whole east coast, for acoustic music, for original music. And the arts in general. So, who knows? Maybe one day.” 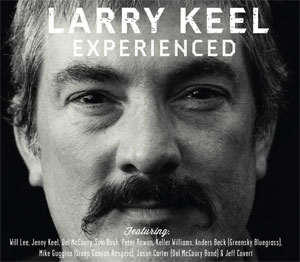 Larry Keel also endeavors to keep his options open with regard to the business end of his music. That’s why as far back as the start of his professional career, he made the decision to self-release his music. While it’s a common strategy for musicians in 2016, two decades ago it was revolutionary. “When we started self-releasing,” Keel recalls, “the music industry was totally different. You didn’t have the internet, and [with it] the capability to promote yourself as you do now. I just wanted to keep the big industries and big companies out of my music. Self-producing something, I kept all the money.”

But it wasn’t only about the money: “Just seeing the way that other bands had their record deals structured with record companies, I didn’t want to go that way. And I didn’t want anything interfering with my musical vision,” he says. “It was sort of an instinct issue with me.”

His musical instincts are also characterized by a collaborative approach with like-minded musicians. “The band I’m touring with currently [The Larry Keel Experience] is my wife Jenny Keel on bass – we’ve been married and traveled for 20 years – and banjo player Will Lee, whom I’ve been playing music with for about 30 years, since we were kids. With that, it’s easy; we just know what each other is going to do.” Keel believes that connection “leaves a lot of room for the music to grow. If somebody’s not in the same groove as you, there’s all kinds of blockage that doesn’t let the music come to fruition. And with this combo, it really does come to fruition.”

Experienced includes an impressive, all-star list of guest players who augment and complement the core trio: Del McCoury, Sam Bush, Peter Rowan, Keller Williams and many others. “I like to showcase their talents while creating something unique and very special for the combo,” Keel says. “I try to take a little bit of everybody’s art with me, keep it stored up, and then release it when it’s the proper time.”

That proper time is both on Experienced and at the CD release party. “We just really wanted to draw everybody out of the mountains and have a celebration after all these years,” Keel says. “We can’t quite coordinate all of the guests who are on the CD, but we definitely have some surprises up our sleeves, and we’re looking forward to getting wild and crazy with everybody down there.”