I’ve been a busy boy lately, and not just as pertains to this blog.

I’ve placed features in the Colorado Springs Independent; in addition to the weekly “Sound Advice” column I share with fellow critic Loring Wirbel, I write features for that altweekly. Those appear here two weeks after they run on csindy.com and in print.

I’m writing nearly every week for my hometown altweekly, Mountain Xpress. Twice a month I write the “30 Days Out” online column, previewing upcoming local shows. And I cover quite a few artists – local and touring – via features and interviews. Those show up on Musoscribe after the standard two-week embargo, too.

My features and reviews have appeared (or will soon run) in magazines and altweeklies across the nation, in markets including San Diego, Atlanta, Chicago, Athens (Georgia), Richmond, Pittsburgh, and quite a few others.

But what I really want to tell you about today is a string of liner notes projects I’ve been working on. 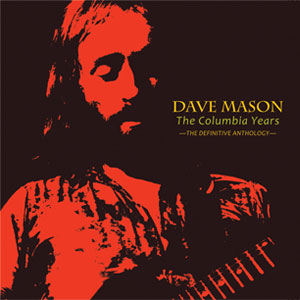 Dave Mason – The Columbia Years: The Definitive Anthology
You may know Dave Mason from his on-again/off-again tenure in Traffic. Maybe you know him from his solo hits like “We Just Disagree” or his oft-covered “Only You Know and I Know.” Or – less likely, I admit – maybe you know his name from reading my interview with him back in November 2014. Regardless, he’s a major name in rock history. A new 2CD collection presents a survey of the best songs from his days recording for Columbia Records. Back over the holidays – Christmas Eve, in fact – I spent some time on the phone with Mason, going through the songs on The Definitive Anthology, track-by-track, getting his reminiscences. The result was my 2000-word liner note essay for the CD set, released April 4. 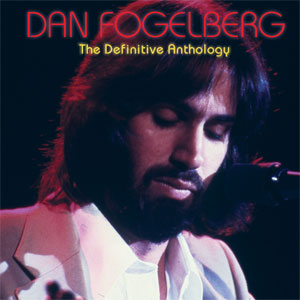 Dan Fogelberg – The Definitive Anthology
My first wife was and remains a big fan of Dan Fogelberg, so I’m pretty familiar with his catalog. I remember one of the first reviews I read of his work – in The Rolling Stone Record Guide, I believe – that described him as (paraphrasing here) a one man band who records himself to sound like Eagles. That’s not too wide of the mark, though Fogelberg had a signature sound of his own. This 2CD set collects the best from his most well-known period, and save a couple of 1980s clunkers (hey, nearly every major artist suffered a misstep around that time, so let’s give him a well-deserved pass), it’s a solid set. Since the artist passed away in 2007, my liner notes are based on research and critical perspective. And my ex was kind enough to lend me her stack of Fogelberg LPs. The Definitive Anthology will be available starting May 6. 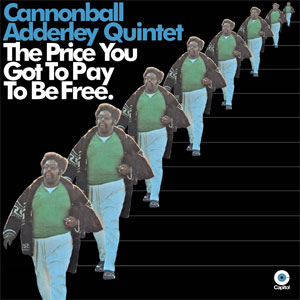 Cannonball Adderley – The Price You Got to Pay to Be Free
Okay, this is big. I’m a longtime fan of Julian “Cannonball” Adderley (the folks at Real Gone Music call me an “Adderley acolyte”). I wrote the liner notes and designed the package for the first-ever CD reissue of The Black Messiah a couple of years ago, and then last year did the same for (plus co-produced) a CD version of Cannon’s last-recorded album, Big Man: The Legend of John Henry. Now in 2016, I’m proud to have written liner notes (and done the package design) for two more Adderley titles. The Price You Got to Pay to Be Free was a 2LP set released in 1970, and featured the Quintet plus Nat Adderley Jr. and some other high-profile guests. It’s a studio/live hybrid, and features Joe Zawinul‘s last sessions with Cannon. My liner note essay is based in part upon a conversation with drummer Roy McCurdy, the last surviving member of that era’s Quintet. Available May 6. 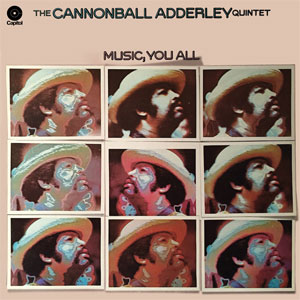 Cannonball Adderley – Music, You All
The Quintet’s residency at Hollywood’s Troubadour yielded the tapes from which The Black Messiah was drawn. But after Adderley’s death, his producer and close friend David Axelrod went back to those tapes and compiled Music, You All, another single-LP set, with no duplication from the earlier collection. Like The Black Messiah, George Duke is the keyboard player on these tracks. Roy McCurdy’s conversation with me forms the backbone of my liner note essay. I did the package design for this never-before-reissued set, too. Available May 6.

Suffice to say that there’s more I’d like to tell you about, but some projects haven’t gotten their official announcement yet. Stay tuned!