Album Mini-review: Doug Tuttle — It Calls On Me 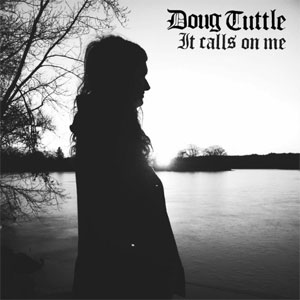 On his self-titled 2014 debut, Doug Tuttle staked out his musical territory: a shimmering, woozy, yet highly tuneful 21st century take on the gentler side of mid 1960s psychedelic rock. Deftly sidestepping overtly retro production flourishes yet knowingly nailing the era’s vibe, he sounded like a slightly less-crazed American version of XTC‘s alter ego, The Dukes of Stratosphear. That approach is expanded upon with It Calls On Me, a disc that continues to mine the music of fifty years ago for its inspiration. (Tuttle even continues the 1960s approach of releasing albums that are over in a half hour or so.) The songs on It Calls On Me are cast from the same mold as those of its predecessor, but with sharper melodic approach. If you miss the 1960s, a spin of It Calls On Me just might take you there.