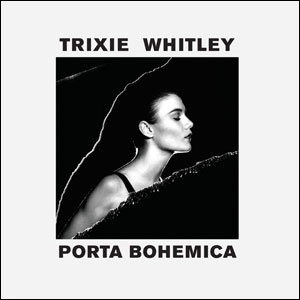 A little over a year ago, multi-instrumentalist Trixie Whitley recorded a an album’s worth of songs intended as the follow-up to her 2013 debut album, Fourth Corner. But after a break during which she gave birth to her first child, she listened to those recordings and thought, “This just doesn’t seem right any more.” With a totally new approach and new collaborators, she re-entered the studio and created Porta Bohemica, released January 23.

“After touring the previous record, I was inspired by how the band was sounding live,” Whitley says. Her initial goal had been to reproduce “the live energy that I hadn’t felt like I captured on my first album.” Yet months later she recognized that her “vision had changed along the way. And the material didn’t seem strong enough to be on my second album. I needed to make more of a statement than just that. So I wrote a bunch of new stuff, and thankfully found a new collaborator” in Gus Seyffert, who has worked with Beck, Norah Jones, Danny Elfman, and many others.

In its finished state, Porta Bohemica has it both ways. Some of the tracks held over from those initial sessions – “Eliza’s Smile” and “Faint Mystery” – demonstrate the live-in-the-studio power of Whitley’s band. Whitley believes that on the other, newer tracks, she succeeded in “open[ing] up the palette and expand[ing] more of the sonic direction.”

Though she’s only 28, Trixie Whitley has had a lifetime in music. “Before I could walk and talk, music was already the oxygen that I breathed,” she says. Daughter of the late singer/songwriter Chris Whitley, she began her performing career at age 11. Approached by a modern art museum, she began doing DJ sets. “At the time, they probably thought that it was a fun sort of performance art installation/experiment: ‘We’ll set up this child on a bunch of beer crates and have her spin this weird, experimental music!’” She learned a great deal from the DJ gig. “Those years were another extension of finding and defining my own sense of musicality, and how I could translate that language to an audience,” Whitley says. 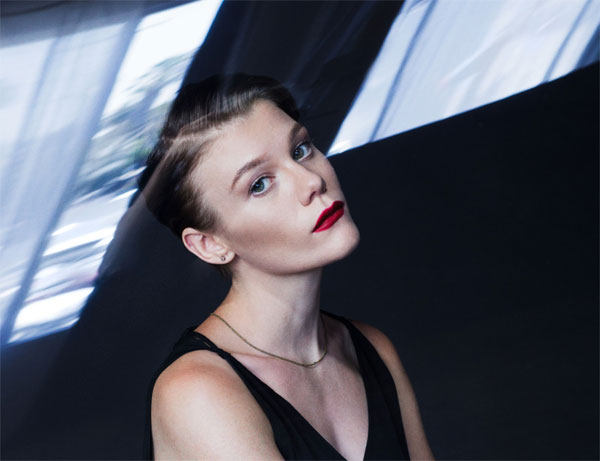 At the same time, Whitley was learning to play her own music. “I started playing drums when I was ten years old; a year later I got recruited by an avant-garde performance collective in Europe. For several years, I went from one production to the next. Usually I was the only child.” Whitley believes those experiences were formative, “especially since I’m a self-taught musician and performer; I didn’t go to school for any of that stuff.”

At sixteen, she quit the collective, quit school, and moved to New York. “I was very aware it was going to take a lot of hard work and craftsmanship to stay true to my vision; it was going to be a long journey. I’m still on that journey,” she says. “It’s inevitably a challenging yet extremely fruitful path to go on.”

After developing her skills on guitar (“I’m not and never intended to be a virtuoso guitarist; I’m not interested in shredding”) and keyboards, Whitley played and sang on three of her father’s albums. She joined Daniel Lanois in the “supergroup” Black Dub. Meanwhile, Whitley had begun releasing EPs under her own name in 2008. “I think that part of me was very naive when I was doing those EPs,” she says. “I was just exploring. I did not want to confine myself to one linear style.”

The new album, Porta Bohemica is a more fully-realized effort, one that makes full use of Trixie Whitley’s songwriting, contralto vocal range, and musicianship. Those same qualities are on display – albeit in different ways – when Whitley performs live. She observes that “the beautiful thing about live performance is that it’s more of a freewheeling thing. How do you allow unexpected moments to flourish into something that is beautiful? I share that with the audience. I really embrace that aspect of unexpected momentum and its visceral energy. I don’t shy away from that element.”