John Mayall: Bluesbreaker and Beyond (Part 2)

Considering the string of eleven albums the Bluesbreakers released on Decca between 1965 and 1969 (not to mention John Mayall‘s fifty-plus albums since then), one of the most striking qualities – beyond the sheer instrumental firepower of the various lineups – is the stylistic breadth of the music. Those records serve up standards and originals; hard-rocking blues; acoustic-based country blues; and what one might call soul-jazz-leaning arrangements featuring prominent brass. And on occasion, Mayall would play odd, custom-modified guitars with unusual numbers of strings. “People always talk about that one,” he muses. “It was just for convenience, really. It was a regular [sic] four-string guitar, adding a fifth string, and then doubling up on the other ones.” The original goal was to convert the instrument to a twelve-string, but Mayall says that the guitar “couldn’t take any more. After that, the neck would start to warp.” 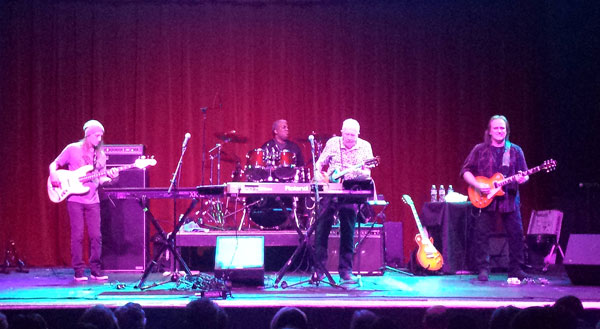 For the last few decades, Mayall has maintained a steady stream of album releases, but he’s focused more on live albums than studio recordings. The two are “quite different things,” Mayall observes. “With live albums, it’s very spontaneous. You’re there, and there are no second chances. Whatever you play that night before an audience is what you get. In the studio, you can shape the music, adding instrumentation.”

But Mayall doesn’t necessarily favor one approach over the other. “Those live albums released on my own label came about because Eagle [Mayall’s label from 1999 to 2009] weren’t asking me for a new album. And,” he chuckles, “if I didn’t do that, people would have thought I’d dropped off the map altogether.” These days, Mayall releases albums on the label Forty Below; 2015’s Find a Way to Care is his third disc for them.

Some artists are tempted to remix or otherwise update the recordings from early in their career when those albums are reissued. When considering his own back catalog, Mayall feels no such inclination. “I think they’re all representative of what I was up to at any particular time,” he says. “For me, the whole collection is like a memory bank. I put on one of those records, and it reminds me of that time.” 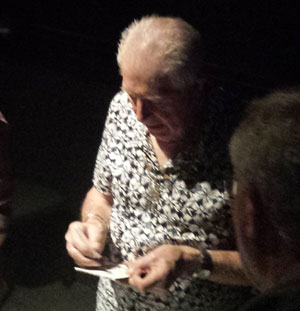 While Mayall no longer uses the Bluesbreakers band name, his current band – guitarist Rocky Athas, Greg Rzab on bass, drummer Jay Davenport, and Mayall on keyboards and vocals – takes a similar musical approach. While not explicitly aping the sound of old, their Find a Way to Care is similar in sound to classic sixties LPs like A Hard Road (a 1967 album featuring a young, pre-Fleetwood Mac Peter Green on guitar). Like all of Mayall’s albums, it avoids the trap of sounding like the audio gimmick of the hour; instead, Find a Way to Care has a timeless feel. That quality is a natural byproduct of Mayall’s work ethic. “It’s just the way things come out naturally, “ he says. “I don’t have any choice; I express myself through music. So if I’m making an album, I want to make it as interesting as possible. I don’t believe in making any of the songs sound like each other. It should feel like listening to a bunch of singles,” he says. He wants to avoid having listeners say to themselves, “Okay, I’ve heard this one before.”

Mayall celebrated his 82nd birthday last November. His March 2016 tour took him to 17 cities in 18 days; that would seem a grueling schedule for a musician half – or even a quarter – of Mayall’s years. He thinks of touring as “a holiday, a break from home life. We have a great time on the road, and always look forward to it. What we don’t like,” Mayall says, “is having days off. Because then you lose the momentum. If you’re going to be traveling away from home, there’s no reason why you should sit in a hotel room waiting for the next day to come ’round.”

Concertgoers can expect “an energy level [that’s] quite extraordinary,” Mayall promises. “It’ll be a creative time, featuring a selection of tunes that’s different every night, because we have so much to choose from. People are going to be quite delighted with the variety.” And Mayall notes that “when the doors open, people will see me there in the foyer; I sell my CDs before the show. And after the show, we all come out and sign CDs. Everybody who wants to has a chance to shake hands.”