Colin Hay: Man Still at Work with “Next Year People” 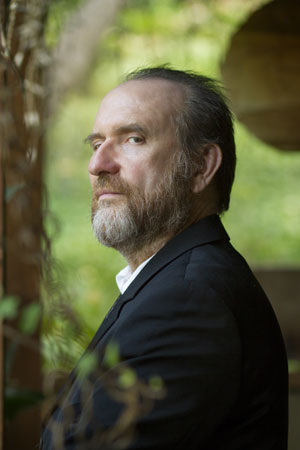 Anyone who came of age in the early 1980s – anyone who ever watched MTV back when they showed music videos, for that matter – is familiar with Men at Work. Fronted by the engaging Colin Hay, the Australian pop-rock group was a fixture of the music video era, and their catchy pop tunes earned them a 1983 Grammy for Best New Artist, while amassing sales of more than 30 million albums worldwide. Men at Work disbanded in 1985, but guitarist/songwriter Hay launched a solo career shortly thereafter. His latest, Next Year People is his twelfth solo album. Hay brings his warm and textured musical storytelling to his current concert tour.

Though he’s often thought of as an Australian artist, Hay was born in Scotland (he moved to Australia in 1967 when he was fourteen), and these days he lives near Los Angeles. Those years in Australia did influence his musical direction, though. “There were plentiful, fantastic bands in Australia in the 1960s and 70s,” he recalls. “I used to go see bands on a regular basis. We would take notice of what was happening internationally as well. Australia being where it was, it tended to suck up a lot of ideas from everywhere else.” 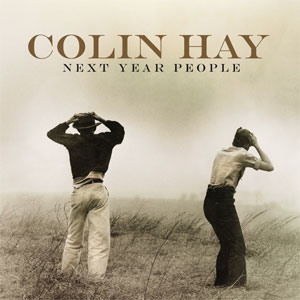 Hay’s string of solo albums started with 1987’s Looking for Jack, and while it and the albums that followed received positive critical reception, they didn’t always sell in large numbers. Men at Work re-formed in 1996 and remained together until 2002; they toured but didn’t release any new music. By 2003 Hay was ready once again to focus on his solo musical career. 2003’s Man @ Work was a collection of Colin Hay’s best-known songs presented in intimate, stripped-down versions (the album was reissued on vinyl in 2014). “Compass Records wanted that record to be a kind of reintroduction to radio and so forth: ‘Remember this guy?’ The goal was to come out with something that was different yet familiar,” he says. Man @ Work had the added benefit of re-casting the man’s 80s-era work in a less dated, more timeless fashion.

Colin Hay’s newest record follows a similarly straightforward sonic aesthetic, albeit with all-new material. Next Year People is enjoying both critical and commercial success; the album reached #33 on Billboard‘s Top Independent Albums chart, and #10 on the magazine’s Top Heatseekers chart.

Hay’s early experience in music videos likely helped prepare him for another of his post-Men at Work pursuits: as early as the mid 1990s he began appearing in small acting parts on Australian TV shows and films. In 2002, he made the first of four appearances on the TV comedy series Scrubs. “I got asked to do it; it wasn’t really something that I spearheaded,” he says. “The creator of the show, Bill Lawrence asked me to come in and be on.” But Hay stresses music, not acting, is his primary focus. “I have an [actor’s] agent in Los Angeles, but I never really call them…and they very rarely call me!”

Colin Hay looks beyond his personal experiences to craft the slice-of-life musical vignettes on Next Year People. “You just draw from wherever,” he observes. “If you let your imagination go, then sometimes the song takes over. It’s an amalgamation of a lot of ideas that pop up. You just have to be open to where the song’s going, to let the song speak.” 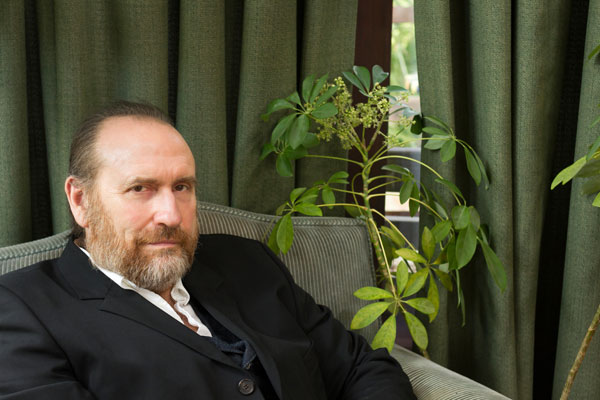 The uncluttered arrangements of Hay’s songs allow the lyrics – Hay’s vocals are pleasingly front and center in the mix – to come through. Xylophone, electric sitar and subtle Latin flavors crop up in Next Year People‘s twelve songs (ten tunes on the download version). Hay, who produced Next Year People, explains his approach to recording: “We put down a song in a very basic form. Anything else that goes on there has to be on for a good reason; otherwise we leave it off. I think there’s a lot to be said for leaving as much air as you can on the tracks,” he says.

Hay’s current one-man concert tour features songs from Next Year People, plus a generous sampling of songs from throughout his solo and Men at Work catalog. He agrees that audiences react warmly to the old songs. “But not just the older songs,” he says. “Some songs mean things to people, whether they’re old or new songs. The old songs are very dear to me, but like anything, you want to move on and get people excited about the last thing you’ve done. I’m very fortunate that people have been coming with me; they’ve been supporting me on that journey. It’s pretty nice, really.”

“I think you have to keep making good records,” says Hay. “You have to still be excited about making and recording music, and going out and playing it. Otherwise you should just stay home.”