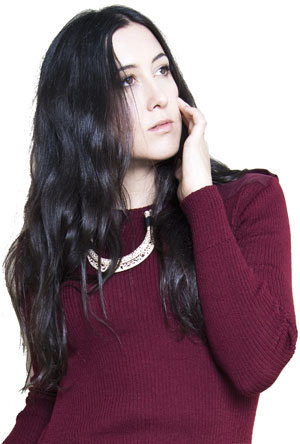 Vanessa Carlton released her debut album, Be Not Nobody, in 2002. She was marketed (and pegged) as a precious pop star. That guise didn’t fit her well, though; she’s a much more serious artist than your run-of-the-mill pop tart. And though it took a few years (plus a few albums and a few record labels) to find a creative footing that felt right, the Pennsylvania-born pianist/vocalist eventually achieved the degree of independence necessary to express her musical vision. Vanessa Carlton brings that vision – in the form of live versions of songs from her latest album, Liberman – to her 2016 tour.

Though she earned eight nominations for various music awards (Billboard, American Music, Teen Choice and Grammy) in the space of just over a year, she was uncomfortable with the way she was promoted in those early years. “I guess it kind of worked, but…I wasn’t very good at it,” she says. Though she admits to having played along for awhile (“I wasn’t a ‘passenger’ in the situation”), Carlton finally “part[ed] ways with that system,” and instead sought a “different approach to making music.”

That new approach commenced with the making of 2010’s Rabbits on the Run. Carlton recorded and finished the album, only then presenting it to a label for release. She employed a similar strategy for 2015’s Liberman. “I sat down with my manager; we had a meeting,” she recalls. “And we decided to pitch it to a few labels that we really liked, but without any name on the record.” That way, the music would be considered on its own strengths, without the baggage of its creator’s reputation.

Their eventual choice, Dine Alone Records “really understood the album,” Carlton says. And she didn’t have to deal with record executives telling her how the songs should sound. “I like to do an album without any sort of committee making decisions about the project,” she says. Carlton hastens to add that Liberman is “still a real collaboration among a handful of amazing artists. That’s the kind of committee I want to work with.”

Though a hallmark of Vanessa Carlton’s music is its lyrical honesty and emotional intensity, she doesn’t buy the argument that one needs to suffer for his or her art. “Liberman is very much about projecting certain philosophies, essential ideas that make you realize that you’re part of something bigger,” she says. “I don’t think it stems from any pain when I was writing it.” But she quickly dismisses the idea that “Oh, I’m going to get some amazing work done now, because what I’m dealing with is sooo dark!” 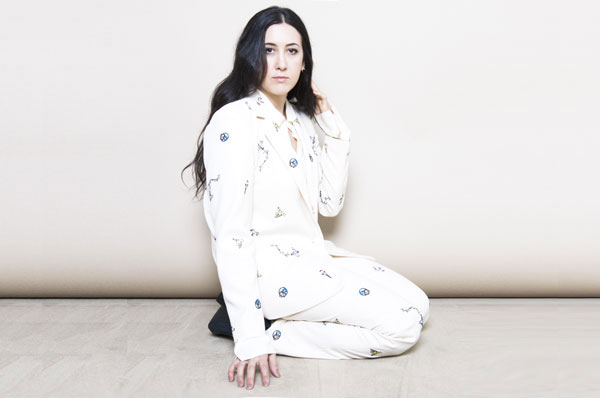 Carlton’s early years included learning piano under the tutelage of her mom, a music teacher. “The music I was raised on totally informed some of the patterns that I like to play now. They’re woven into my approach to writing music,” she says. She also studied for several years at New York’s School of American Ballet; that influenced her music too: “I have a waltz on each album, and I think that’s definitely from my dance background.”

Once the album cycle for Liberman concludes, Carlton has more ambitious plans. “I have a friend who’s doing a film, and she’s asked me to compose the music for it. I love the idea of working on a team, being part of a bigger thing,” she says. “Being hired help to contribute to a film, I’m just part of it; it’s not all resting on me. Music for films is complete magic; you can experiment and do whatever you want, as long as it works for the film and in your own mind.”

Carlton’s life has experienced many changes in the last couple of years: marriage in 2013, relocating from NYC to Nashville, and the birth of a daughter just over a year ago. She says that moving to Nashville “was such a welcome experience. I lived in New York since I was thirteen, so I was ready.” After a year of marriage, Carlton and her husband moved south. “Honestly, it was such a natural progression for me,” she says. “I own a car for the first time in my life; I love having land and a real house; it’s such a great place to have a baby.”

Speaking of her baby, Carlton admits that “this tour has been a real experiment. Because if I can’t make it work with a baby, then I can’t do it. My priority is family. I would say that the experiment is working so far; the baby is on the road for a week, and then goes home with my husband. She’s a good sport. She’s in a good stage where she’s kind of malleable.” Carlton pauses a moment and adds, “Ask me this question when she has to go to school, and things might be a little different.”