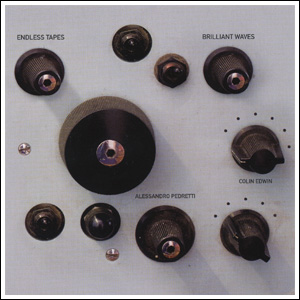 Considering the pedigree of the better-known half of this duo, one might expect Brilliant Waves to lean in a muscular and “proggy” direction.” Bassist Colin Edwin is renowned for his work on twenty Porcupine Tree albums, plus many other projects that showcase a harder, musically challenging side of rock. But the darkly hypnotic mood pieces on this (essentially) instrumental album have more in common with the contemplative works of Philip Glass, Steve Reich, and Brian Eno. Which isn’t to suggest that the eight compositions are the sonic equivalent of wallpaper; there are melodies and beats, and Edwin plays Ebow and guitar as well as an assortment of basses. Brescia, Italy-based drummer Alessandro Pedretti is Edwin’s counterpart, and the result of the two musicians’ collaboration isn’t too far removed from some of Porcupine Tree’s early instrumental works, most notably their oft-overlooked 1998 album Metanoia.