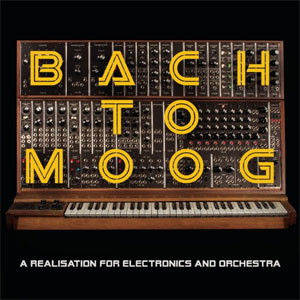 During a press conference held amidst the April 2014 Moogfest – the last time that festival would be held in Asheville, NC, home of Moog Music and the adopted hometown of the late Dr. R.A. (Bob) Moog – Moog personnel and famed musician/composer Keith Emerson unveiled a new build of Emerson’s classic “beast,” the modular Moog synthesizer he used in recordings and onstage from the very early 1970s onward. This new instrument – the Moog Modular 55 Synthesizer – is said to “duplicate and modernise the iconic Moog modular synthesizers of the 1970s.”

In he very early days of the analog synthesizer, the Moog was viewed by many as little more than a curiosity, not taken seriously as a proper musical instrument. That changed for the better when Wendy (then Walter) Carlos recorded the landmark and influential 1968 album Switched-on Bach, a reading of Johann Sebastian Bach‘s music realized solely using the Moog. That release made skeptics sit up and take notice, as it displayed the versatility and breadth of expression contained in the modular Moog (assuming one could sort out how to operate the machine). With nothing like modern presets, the modular Moog had to have its sounds “built” by the user connecting countless patch cables into a panel that looked very much like a telephone operator’s switchboard ( younger readers: ask your parents or consult Wikipedia). Moreover, the Moog was prone to “pitch drift,” meaning that it resolutely refused to stay in tune for any length of time, and it was notoriously vulnerable to changes in temperature, humidity, and barometric pressure. In sum, a beast to be reckoned with, one not approached lightly.

It was against this backdrop – the Moog modular’s important place in history, and the debut of a new prototype – that Bach to Moog: A Realisation for Electronics and Orchestra was released. Considering the fanfare with which this CD was released in 2015, a reasonable person could expect that the disc would feature synthesizer-based arrangements of Bach classics, a la Switched-on Bach.

Imagine this reviewer’s surprise, then, to discover that Bach to Moog is not that kind of an album at all. True, synthesist Craig Leon is deftly working the controls of the mighty Moog beast throughout the album, but his co-billed collaborators – violinist Jennifer Pike and the Sinfonietta Cracovia (the latter under Leon’s skillful baton) – are featured as prominently – and often more so – than is the venerated Moog.

Inattentive listeners might not even recognize the presence of a synthesizer, save for the trademark “bloopy” bass notes (long a Moog specialty). Those wanting a delightful collection of modern-day performances of partitas, sonatas, suites and canons from the Bach songbook are likely to be impressed with Bach to Moog. But those expecting a showcase for the power and versatility of the mighty instrument are likely to come away disappointed. For that, no doubt it’s back to Switched-on Bach, or some as-yet-unreleased future recording. Bach to Moog may illustrate the Moog modular’s viability within the context of a classical arrangement, but it does little to display the synthesizer’s power and potential as a solo instrument. Taken for what it is, Bach to Moog is a success. Taken in light of what it could have been, Bach to Moog falls quite short.