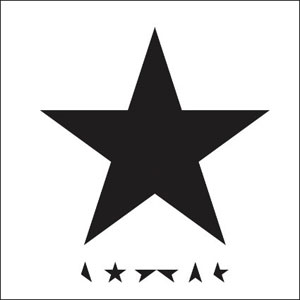 In some quarters, Blackstar has been characterized as a “jazz” album. That’s not accurate: though instrumentation closely associated with jazz (most notably saxophone) is employed throughout the album’s seven tracks, the uses to which those instruments are put are decidedly not jazz. Distorted electric guitar crops up fairly often as well – most prominently on the snaky closer, “I Can’t Give Everything Away” – but it’s not accurate to call Blackstar a rock album, either. Immersing themselves in David Bowie‘s 28th (and sadly, his last) album, longtime listeners may spot sonic similarities between it and his so-called Berlin trilogy (Low, “Heroes” and Lodger), as well as Diamond Dogs and Scary Monsters. Blackstar sounds and feels like the logical culmination and synthesis of most every style in which Bowie has ever traveled. And that’s saying something. Blackstar is a triumph, and a career highlight for the 69-year old musician. (Note: Bowie passed away within 48 hours of Blackstar‘s release.)