Neil Finn: Goin’ His Own Way 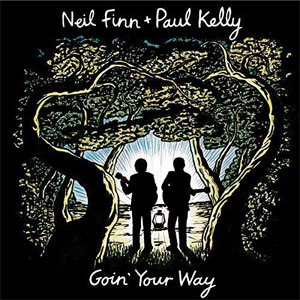 Two Australia/New Zealand-based giants of heartfelt and intelligent pop music – Paul Kelly (a solo artist and longtime leader of The Messengers) and Neil Finn (member of Split Enz, founder of Crowded House, solo artist, and collaborator with select other artists) – teamed up in 2013 for a short run of concert dates in Australia. A 2CD document of one of that tour’s shows was initially released in its country of origin, and in late 2015, Grammy-winning American label Omnivore Recordings licensed Goin’ Your Way for release in North America. I chatted briefly with Neil Finn about the album. – bk

Bill Kopp: Assuming that the order in which the songs are presented on Goin’ Your Way is a reflection of how the concert actually unfolded, it seems that a lot of thought went into the sequencing. You alternate – more or less – between your songs and Paul Kelly’s tunes, and end with a pair of covers. As far as song selection, did you have any input into which of Paul’s songs were performed, and vice versa?

Neil Finn: We spent quite a few weeks going back and forth about the songs. And we also had a good face-to-face get-together here at my studio, trying songs out to see which ones suited our vocal blend well, [which had the] best potential for harmonies, and so on.

BK: Notwithstanding the fact that they’re excellent musicians, were the choices of Dan Kelly and Elroy Finn part of the overall plan/concept for these concert dates, or did the decision process unfold in a more spontaneous fashion?

NF: As you say, we knew they were wonderful musicians in their own right. But it did seem a soulful addition to have a family band. They grew up with these songs and inhabit them. 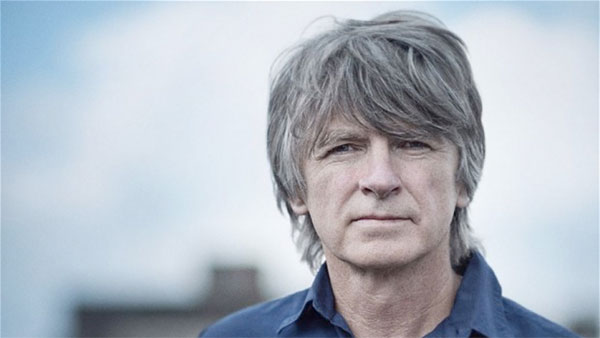 BK: Since you haven’t played most of Paul’s songs before – and vice versa – how did you develop the arrangements for the songs as you’d perform them on these dates?

NF: We learned them as best as we could individually, and then a exhaustive week of rehearsal tied up the loose ends. I had to really concentrate to remember all of Paul’s words; Paul had to concentrate to learn to play synthesizer and the guitar intro for “Don’t Dream It’s Over.”

BK: Many of the songs you performed date from quite a long time ago, with “One Step Ahead” from Waiata/Corroborree being the oldest, I think, of yours. Do these songs mean something different to you than they did when you wrote them?

NF: Some of them have worn better than others. I like “One Step Ahead” because it has strange chords and unusual structure for a pop song.

BK: Do you have a favorite from among Paul’s songs – either to listen to or to play?

NF: I can honestly say that every one of Paul’s songs was a joy to learn and play. When you get inside a great song, there’s always more to it than you thought.

BK: Goin’ Your Way was originally released in 2013, and performed quite well on the charts in Australia. Can you talk a bit about why it wasn’t released in the US at that time, and how and why it has eventually gotten release in late 2015 on Omnivore Recordings?

NF: I guess we thought it was particular to the Australian scene on account of the tour being contained there. But once the record and video were complete, we realized it would travel well.

BK: Beyond the collaborative nature of the live concert and album, is working together on another project – either live or studio – something that you’ve thought about and/or discussed with Paul?

NF: Yeah, we have that idea ticking away; all things in their natural time!

BK: I understand you’re currently in the studio. Will you share anything about what you’re working on: a solo album, a Finn Brothers release, a new Crowded House record, something else?

NF: I’m working on all of the above; I’m not sure what will emerge first.