Today I’m serving up five more hundred-word reviews; today’s five all fit more or less into the progressive rock category, and they’re sourced from across this globe of ours. 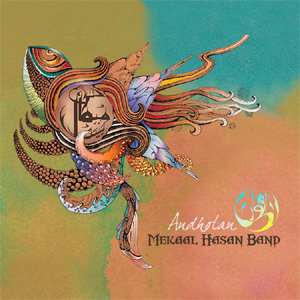 Mekaal Hasan Band – Andholan
Talk about genre labels: I have some issues with the term “world music.” While often well-intentioned, it marginalizes most anything outside the Western tradition. Here’s something that bridges the gap. Take equal parts muscular progressive rock and decidedly Indian-rooted vocals, and you’ve got the simply amazing record from the Mekaal Hasan Band. Stop-on-a-dime musical pyrotechnics, pig-squeal guitar, Indian melodic sensibility, and the transcendent vocals of Sharmistha Chatterjee all come together to create something truly special. Think of it as Spock’s Beard meets Bollywood. Flawlessly recorded in Lahore and Mumbai, this is one of the most intriguing releases of recent months. 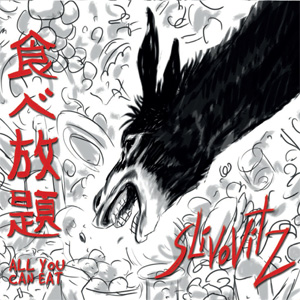 Slivovitz – All You Can Eat
As something of a dedicated liquorist/mixologist, I know that slivovitz is an Eastern European plum brandy. And I recognize Chinese pictographs when I see ’em. But none of that seems to have any connection to this progressive group from…Italy. You’ll find the standard instrumental lineup here, but adding electric violin – always nice – as well as trumpet, saxophone, and…harmonica. And it works. Hypnotic melodies seamlessly combine elements of rock and jazz into something powerful and alluring. There’s a playfulness at work here, as evidenced by song titles that reference Germany’s renowned currywurst, hangovers, and Frank Zappa on foot (huh?). 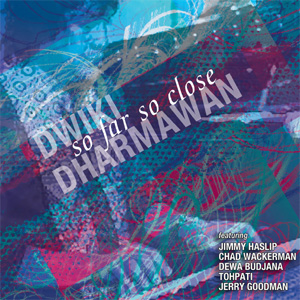 Dwiki Dharmawan – So Far So Close
Leonardo Pavkovic‘s MoonJune label has been on quite the roll of late. The label releases a staggering volume of new music, and it’s nearly always excellent. This album – recorded in Los Angeles and Indonesia – features excellent engineering by jazz keyboardist Jeff Lorber, and yes, in places it sounds a tiny bit like stuff you might hear on The Weather Channel’s Local on the 8’s. It’s modern instrumental fusion that bears up to active listening, but works just as well as background music. The music calls to mind Jean-Luc Ponty‘s mid 1970s work, and that’s never a bad thing. 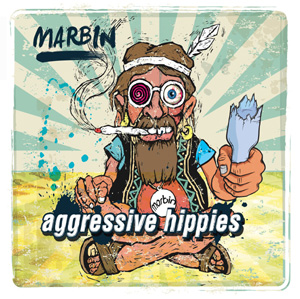 Marbin – Aggressive Hippies
I’ll keep championing these guys until you’ve bought all their albums (this is the third disc of theirs I’ve reviewed). Most attempts at fusion of rock and jazz end up failing at both; Marbin is the relatively rare exception. Distorted, wah-wah guitars meld effortlessly with saxophone. Part of the key to their success is that Marbin is a small (four-piece) group, so their musical adventurousness remains rooted in a rock sensibility. Thus, they should appeal both to the noodle-dancing jam band crowd and the arms-folded, black t-shirt prog rock community. Guitarist Dani Rabin can shred, and knows when not to. 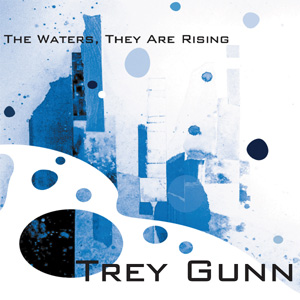 Trey Gunn – The Waters, They Are Rising
The former King Crimson guitarist is unrelentingly ambitious. This album could serve as a companion piece to Robert Fripp‘s 1979 LP Exposure, and Peter Gabriel‘s 1977 self-titled solo debut. Though the instrumentation is largely limited to Gunn’s touch guitar, the whole album has a classical chamber ensemble feel to it. Very much a deeply textured, contemplative mood piece, The Waters, They Are Rising is an exemplar of the idea that one attracts more attention by whispering than shouting. And speaking of Gunn’s former bandmate Fripp, the soundscapes here are often more interesting than Fripp’s own (and that’s truly saying something).