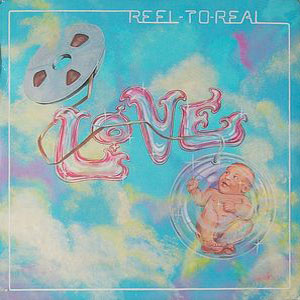 In the community of pop music critics and historians, it’s common to find Love‘s Forever Changes cited as one of the great lost albums of the 1960s. Under-recognized at the time of its release, Forever Changes has in recent years taken its rightful place among musical treasures of its era. There it joins The Beach Boys‘ Pet Sounds, Moby Grape‘s debut and a select few others that fared relatively poorly (critically and/or commercially) upon their initial release.

It could be argued that one of the reasons Forever Changes and those Moby Grape and Beach Boys LPs took awhile to earn their due is the fact that the albums that followed from those acts were decidedly less impressive. The Beach Boys found their resident genius Brian Wilson slipping away. Skip Spence of Moby Grape developed psychological problems that precluded his active involvement in the band. And the admittedly mercurial Arthur Lee broke up Love, reassembling the band with new personnel that gave the group a very different sound than they had showcased on their early albums.

And so it is that those post-breakthrough albums have been largely ignored. The Beach Boys’ Smiley Smile, Wild Honey, Sunflower, and Surf’s Up eventually benefited from a more measured re-assessment that found worthwhile tracks within their grooves. Moby Grape ’69 and Wow had some ace tunes, as the 1990s compilation Vintage showed. And while the mid-1990s compilation Love Story positioned itself as a survey of Love’s entire output, the 2CD set included only one cut from the1974 LP Reel to Real, the track “Everybody’s Gotta Live.”

Reel to Real was out of print for many years, and in fact has never been released on compact disc until now. Originally released in December 1974 on Robert Stigwood‘s RSO Records, Reel to Real didn’t even reach the lowest positions of the album charts, and would in fact be the last album from (any configuration of) the group until the 1990s.

But Reel to Real deserves a better fate than obscurity. It would be foolish to suggest that Reel to Real is any kind of successor to the light classic that is Forever Changes, and the 1974 album bears little if any sonic similarities to the album of seven years prior. But Arthur Lee’s voice is in fine form, and the tunes are strong. The eleven tracks on the original Reel to Real are solid examples of what r&b-inflected rock music sounded like in ’74. Analog synthesizers show up occasionally (most notably on “With a Little Energy,” where they spar with a Muscle Shoals-flavored horn section). A soulful weeper, “Stop the Music” bears the influence of Otis Redding, a quality listeners would be hard-pressed to divine on Forever Changes.

“Who Are You” features a kinetic horn chart and some ultra-funky Clavinet and guitar work. Again, it’s miles removed from the Love sound of old, but taken within the context of the mid 1970s, it’s quite impressive. “Good Old Fashion Dream” is another sincere slice of Southern soul, replete with female vocal chorus backing. The acoustic guitar work on “Which Witch is Witch” is nothing short of cinematic, though the tune itself is a tad ordinary. It’s enlivened by some tasty backward guitar, a sonic trick that was decidedly out of vogue in 1974.

Soaring electric slide guitar is a highlight of “Singing Cowboy,” and though the production vibe (courtesy Skip Taylor) is a bit flat, it’s an appealing tune that sounds reasonably commercial. The understated shuffle of “Be Thankful for What You Got” suggests that Arthur Lee would have had the goods to survive in the disco era. The three-chord garage stomper “You Said You Would” hearkens back to Love’s earliest songs; it wouldn’t have sounded out of place on Da Capo. And “Busted Feet” sounds like the kind of thing one might have found on a Johnny Winter LP of the era. The original album closes with the aforementioned “Everybody’s Gotta Live,” wherein Lee displays the Johnny Mathis side of his vocal abilities, set to a singalong campfire melody.

Taken together, the eleven tracks that make up Reel to Real are far better – and more cohesive – than Love’s post-Forever Changes reputation would suggest. But on this first-ever reissue of the album, no fewer than a dozen bonus tracks have been unearthed and appended. Some of these are demos and alternate takes of the tunes on the album-proper, but most of the tracks have never appeared in any form until now.

Some of the bonus cuts are so good that one wonders why they weren’t included on Reel to Real to begin with. “Do It Yourself” is chief among these; with scorching guitar, muscular horn work, and a catchy melody, it’s as good as anything on the original album. The audio verité intro to the outtake of “Stop the Music” is good for a chuckle, and several of the other bonus cuts feature a bit of interesting in-studio chatter as well. Quite often the outtakes are every bit the equal of the official versions, as is the case with “Singing Cowboy.” An electric run-through of “Everybody’s Gotta Live” is oddly less powerful than its acoustic counterpart, but it’s still worthwhile.

Tantalizingly, the deluxe reissue of Reel to Real ends with “Wonder People (I Do Wonder),” a song and arrangement that clearly looks back to 1967’s Forever Changes. Lee’s vocal melody and the gentle yet ambitious guitar work come together to create a worthy (if hopelessly belated) followup to Love’s classic sixties album. Sadly the performance is rough, loose, and unfinished – clearly it wouldn’t have been suitable for release on the original Reel to Real – but it’s all we’ve got.

Perhaps the best manner in which to approach Reel to Real is as an Arthur Lee solo album rather than a Love record. But taken either way, it’s a warmly welcome addition to the recorded canon of Love/Lee, and deserves a listen by anyone who is interested in what Arthur Lee had to offer musically in the decade after Forever Changes.