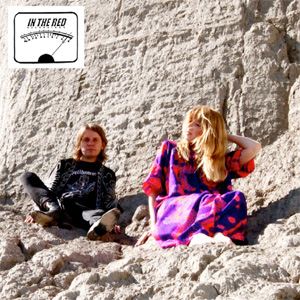 Just when you think the guitar-and-drums-duo format is totally played out, along comes Montréal-based Milk Lines. Rather than slammin’, unsubtle roots rock – the typical product of such duos – this pair makes music that sounds like a cross between freak-folk of the late 60s and modern tribal psych of The Black Angels. Imagine if Gram Parsons were backed by Pearls Before Swine and time-transported to the 21st century. On their debut album, Milk Lines craft hypnotic, relatively simple melodies and deliver them with determined intensity layered with nuance. The careening “Suicide Note” takes a countrified Byrds approach and pushes ahead, full throttle. On “Purgatory,” they combine atonal guitar skronk, a 60s pop melody, and Emily Frances Bitze‘s gentle vocal work; the latter suggests Cowboy Junkies after a few espressos. The lysergic “Another Breed” melds spaghetti western textures to a psychedelic drone. This duo bears watching.