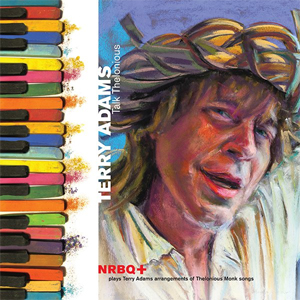 Though he’s rightly revered now, for much of his career jazz pianist Thelonious Monk was considered the maker of some dissonant, even sloppy music. Even today his music is more difficult than, say, anything from the Bill Evans catalog. But longtime Monk acolyte Terry Adams – who also happens to be the founder/leader of NRBQ – has crafted a tribute of sorts that’s at once more accessible and every bit as idiosyncratic as Monk himself. Credited as an Adams album but actually featuring the Q’s current lineup, Talk Thelonious is a heartfelt tribute that feels fun, warm and intimate. The pipe organ of “Reflections” is so jarring and unexpected, one can’t help but think that Monk would have approved. There’s a rocking, New Orleans vibe to the songs that deservedly dusts them off for the 21st century. It rocks, it swings, it…talks Thelonious.