The hits just keep on coming. Fantastic Voyage is a London-based label that specializes in thematically-oriented archival reissue collections. In the last few months, they seem to have significantly stepped up their release schedule. And all of the latest titles rise to the high standard of previous FV sets. I don’t know the specifics of licensing rules in the UK, but it seems that once material hits the fifty-year mark, it’s cost-effective for a label like Fantastic Voyage to compile and reissue it. The label has of late concentrated on material from the vast Atlantic Records catalog, focusing specifically (but not exclusively) on African American artists. 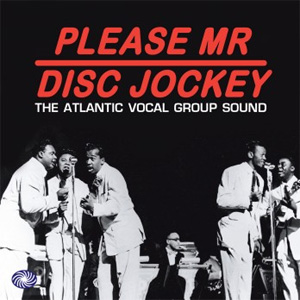 Please Mr Disc Jockey: The Atlantic Vocal Group Sound is a 3CD set compiled by “R&B authority and broadcaster” Clive Richardson (he penned the liner note essay as well). It spotlights groups whose names will be familiar: The Drifters, Isley Brothers. But it also features a good deal of material from lesser-known acts like The Falcons (“Darling”), Ray-O-Vacs (“Crying All Alone”), and Royal Jokers (“She’s Mine All Mine”). Detailed discographical information – a welcome hallmark of FV collections – provides clues for those who want to dig even deeper. 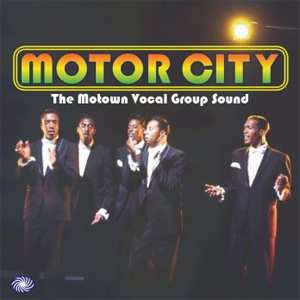 Motor City: The Motown Vocal Group Sound is, unless I’m mistaken, the first Fantastic Voyage compilation to focus on material from Berry Gordy‘s label. Some of the same acts featured on Please Mr Disc Jockey appear again, but there’s no overlap in the specific material itself. Lesser-known sides from The Temptations, David Ruffin, The Spinners, and Barrett Strong (the guy who gave us “Money”) are among the highlights. Dave Rimmer‘s liner notes are excellent. 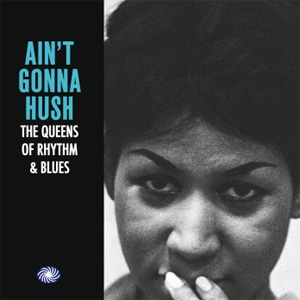 Perhaps the best among the collections reviewed here, Ain’t Gonna Hush: The Queens of Rhythm & Blues looks at female vocalists from Atlantic and associated labels. There’s so much good material here that this set is essential. Unless you’re a hardcore Aretha Franklin or Ruth Brown fan, most of this material will be new to you. And it’s staggering how many of the 76 tunes sound like hits. Lois Wilson‘s liner notes are perfunctory but helpful, and the discographical info is top-notch. 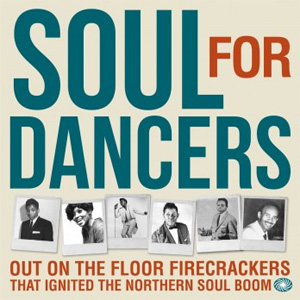 Soul for Dancers: Out on the Floor Firecrackers That Ignited the Northern Soul Boom features the longest title in this bunch, and it’s the slimmest collection at a mere two discs and 61 tracks. But the high energy nature of the material – from acts like Bobby Bland, The “5” Royales and Ray Charles – is beyond reproach. The color booklet is a nice companion to the music and it will (as Lois Wilson’s liner note essay promises) get you on the good foot. 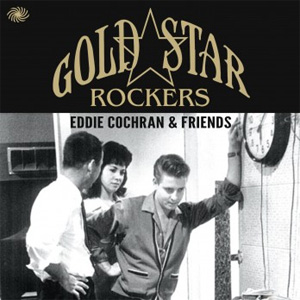 Gold Star Rockers: Eddie Cochran and Friends is a 3CD set, and the only one in this collection to focus primarily on white artists. There are a few oddball tracks here – Mamie Van Doren, anyone? – but the preponderance of solid material from little-known but worthy acts makes it a fascinating listen. Frequent Fantastic Voyage liner notes author Dave Penny provides brief biographical sketches on many of the artists included in the set.