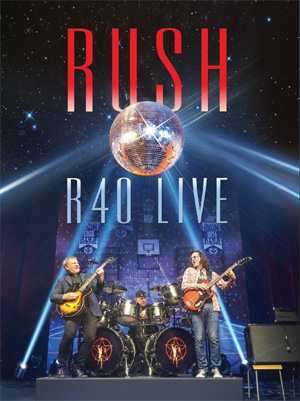 For a good bit longer than three decades now, I’ve been a fan of progressive rock, or “prog,” as it’s called by fans and detractors alike. I enjoy the displays of technical and instrumental prowess within the context of epic-yet-tuneful compositions.

But I’m not an uncritical consumer of the genre. Prog is perhaps more prone than other musical genres toward pomposity and a tendency toward taking itself too seriously. At its worst, it’s merely a display of chops for the sake of themselves: hear what I can do! And the lyrics can easily wander off the rails into airy-fairy flights of Tolkienesque fantasy.

But when it’s good, it’s good. Some of my favorite music of all time – King Crimson‘s Red, for example – is progressive rock. And prog is often (if not always) featured in my Top 5 lists; Spock’s Beard‘s X, for example, still holds up for me, and I spin it regularly.

That said, I’ve always found Rush somewhat problematic. But because I’ve so often been encouraged by my fellow music fanatics to either (a) give Rush’s catalog another chance or/and (b) take some time to reflect upon what it is that keeps me from appreciating them more fully, I decided to take the plunge and check out the band’s new live career-retrospective set R40 Live.

It’s a sprawling set, fittingly so for a group that has been around for forty years, released twenty studio albums and ten live albums prior to R40 Live. Across three audio CDs and an audiovisual DVD, R40 Live presents the home entertainment version of what you would have seen had you caught Rush on their recent anniversary tour.

Truth be told, they’re an amazing group. The musical composition, instrumental skills and arrangement prowess surely place them in the top echelon of progressive rock, and give them a shot at the top of rock in general. Neil Peart‘s drumming is the perfect balance of finesse, subtlety, and power; his percussion rarely calls attention to itself, but it’s unfailingly the bedrock of Rush songs. One could listen to his drums in isolation and be astounded and entertained.

Alex Lifeson is a guitarist to whom I paid little attention until he guested on Porcupine Tree‘s Fear of a Blank Planet. It was only then – hearing his musicianship in a different context – that I began to understand and appreciate his consummate skills.

And Geddy Lee…well…Geddy Lee. Ah. He’s a brilliant and muscular bassist, and anyone who can play those knotty bass lines while playing keyboards with his feet deserves all manner of props. And he sings while he does all that!

Yes…Geddy Lee’s voice. There’s the rub. I can overlook Neil Peart’s youthful dalliances with misguided Ayn Rand-styled libertarianism; even he now tends to disown those lyrics of old. But when Geddy sings, my flesh crawls. That yelpy voice of his is even more, well, yelpy on R40 Live than on the studio albums. To me, it’s a distraction that mars otherwise stellar music.

It’s beyond me, really, that anyone actually likes Geddy Lee’s vocals. I think what’s happening here is that listeners allow themselves to be open-minded enough not to be put-right-off by it, and then they’re taken in by the music. That argument explains the success of Yes (I like Jon Anderson‘s voice, but many don’t) and – even more so – Bob Dylan. I don’t mean here to suggest that Rush are in the same league musically and/or culturally as Dylan, but I will allow for their place right alongside Yes.

But back to R40 Live itself. The 3CD portion of the set documents the equivalent of a full concert assembled from recordings of two nights (June 17 and 19, 2015) in front of a receptive hometown Toronto crowd. It’s a long set – just seconds under 200 minutes – and the energy never once flags over those three-plus hours. At times the sound quality is a bit harsh and metallic; it’s a pristine recording but to my ears the EQ seems a trifle flat. But it’s not so noticeable that it detracts appreciably from the music.

Rush are at their best here during the instrumental passages, such as the wordless “YYZ” and the beginning of “Hemispheres: Prelude.” The sinewy, sophisticated interplay between the three musicians is easily on the level of jazz improvisation, even though nobody would characterize anything in the Rush catalog as jazz (or improvisation, for that matter). “Cygnus X-1/The Story So Far” is billed as a drum solo, but Lee lays down some keyboard patches that add a space-rock texture to the percussion. As drum solos go, it’s probably not something most listeners would care to hear multiple times, and it’s not even a particularity effective showcase for Peart’s estimable talents. But it’s not bad, either. The only squirm-inducing moments of the entire set come during the ill-advised hip-hop-flavored sections of “Roll the Bones.”

The concert-proper makes up the first two discs; the third CD features alternate versions of some of the concert numbers, plus some odds and ends. Overall, the R40 Live concert presents a good, if short of exhaustive, overview of Rush’s recorded and performance legacy. The set list (and bonus tracks) draw from most every title in the Rush catalog; the only notable absences are “Fly By Night” (the title track of the group’s second LP from 1975, and a minor Canadian hit single) and anything off of their excellent 2004 all-covers album, Feedback. But fans are unlikely to be much disappointed by those relatively minor omissions.

The DVD includes the entire concert and a few (but not all) of the bonus tracks. It’s expertly filmed and produced, of course, but is typical of the hyperkinetic, attention-deficit styled editing that is the 21st century concert film. It does, if such a thing were actually needed, make quite clear just how stunning Lifeson, Lee and Peart are as musicians, and how seamlessly the Rush musical machine operates. It’s a fitting summation of their career, and comes right ahead of Peart’s December 2015 announcement that he’s “retired from music.”

Note: It should be noted that this review concerns R40 Live (released November 20, 2015), not the similarly-titled video box set R40. The latter was released in 2014, and collects four previously-released concerts plus some bonus material.