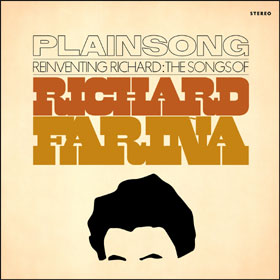 Richard Fariña was a significant member of the American folk music movement of the early 1960s. A fixture of the Greenwich Village scene that brought forth Bob Dylan, Fariña made music with wife Mimi, who also happened to be the sister of another popular folk artist named Joan Baez. Fariña died in a 1966 motorcycle accident, but left behind a body of work that influenced many who would come after him.

Iain Matthews first came to prominence as a member of British folk-rock act Fairport Convention. He later led Matthews Southern Comfort, and released many highly-regarded albums with his group Plainsong. Matthews’ most recent musical project is Reinventing Richard: The Songs of Richard Fariña. The album – credited to the revived Plainsong – was released by Omnivore Recordings. I spoke with Matthews about the new album and his other activities; we communicated via Skype between my office in Asheville and his home in The Netherlands.

Bill Kopp: How did you first become aware of the music of Richard Fariña?

Iain Matthews: Back with Fairport. Joe Boyd, who was our producer and manager at the time, was solidly plugged into whatever was going on in the US. And he was forever turning us onto different writers…I was going to say a lot of folk people, but there was a lot of rock; he turned us onto Moby Grape as well. But he also turned us onto a lot of great acoustic stuff. And in many cases, before these people had actually made albums. Joni [Mitchell] was just launching her career in 1967. And Richard and Mimi’s [Celebration for a Grey Day] was just one of those records that he played for us.

BK: Why do you think it is that Fariña is somewhat less well-known than his folk contemporaries: not just Dylan, but people like Rambin’ Jack Eliott, Dave Van Ronk, and Phil Ochs?

IM: I think that the reason Fariña was not as popular as those other people is because his career span was so short-lived. They made those records in, what, three or four years.

He was a strange phenomenon; he was a big pal of Dylan’s. There’s a book out – David Hajdu‘s Positively 4th Street: The Lives and Times of Joan Baez, Bob Dylan, Mimi Baez Fariña, and Richard Fariña. That gives a great insight into Fariña. Dylan was dating Joan at the time, and Richard was with Joan’s sister. They were sort of a foursome out on a date for a long time. He and Dylan had this friendly/not-so-friendly rivalry going on to see who could better the other.

Originally Fariña was a poet. He saw what Dylan was doing with intelligent lyrics, and decided, “I want a piece of that.” He disappeared – not for too long – and I think he came over to England for, like, nine months. And he reappeared a fully functional folk musician. He taught himself; he had chosen an instrument that he realized was not going to be too difficult to learn. He reinvented dulcimer playing, too: up until he got a hold of it, it was really a folk instrument with Maybelle Carter playing it. He made it into a kind of heavy wood instrument. And he really did burst onto the scene.

BK: To my ears, at least as presented on Reinventing Richard, Fariña’s songs lean much more in an accessible pop direction than I would have expected…

IM: Well, we really have reinvented them. If you haven’t heard the original material, you need to check it out. Because what we’ve done to that music is quite a ways from the way they treated it. They basically played it with dulcimer and acoustic guitar, and two-part harmonies. And I think that between the pair of them, they probably had three different grooves! And all the material is in one of those three grooves.

BK: Fariña died in April 1966. What kind of trajectory do you think his musical career might have seen had he lived?

IM: Well, if you listen to the third album, Memories – it was not an album that he and Mimi went into the studio to record; it was an album of demos and live recordings – he was already starting to explore how the music would sound going down a little more of an electric path. He had a bass player; I don’t think he had drums.

BK: Not to oversimplify matters, but to my ears, folk of the British Isles draws from a different tradition than does its American counterpart…

IM: I think in the early days, both Dylan and Fariña drew heavily on English folk music. More so Dylan, because he was more [prolific] than Fariña. If you look at a lot of those early Dylan songs, a lot of the melodies were English traditional tunes that he borrowed. Fariña saw that, too, and he started out doing the same thing. One of the songs on our album – one that Fariña never recorded – is a very early number called “Sombre Winds.” It’s straight out of the English traditional songbook. Dylan, Fariña, Paul Simon – all three of those guys – were clubbing around England with the likes of Martin Carthy and Ewan MacColl, so it’s only natural that they would do that, pick up on that stuff.

I think most American folk songwriters found their way with contemporary melody. 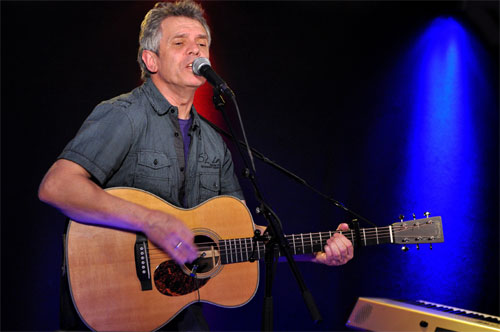 BK: I gather from reading the liner notes of Reinventing Richard that Plainsong had decided to disband not long ago, but that Pat Thomas‘ suggesting that you do some kind of tribute to Fariña led you to reconstitute the group for one more go-round.

IM: I was doing a West Coast tour about a year and a half ago. Pat went on the trip with me, and played a little percussion. In the car, we started talking about tribute albums: who’d been done, who’d been done well, and who deserved to be done. We went through people like Van Morrison.

And for some reason, Fariña came up. And we both agreed, Pat and I, that somebody should really do something about Fariña’s songs, make a tribute record somehow. And the more I thought about it, the more it seemed that it should be me that did it. Simply because I had recorded four or five of his songs over the years.

And it was like a dog with a bone; once I thought of it, I couldn’t let go of it. And the more excited I got about it. I mentioned it to Andy Roberts, who is the Plainsong co-founder, and I asked him if he wanted to do it with me. And he was well up for it. I went over to England; he’s got a little studio setup in his basement. We started playing around with things, and put down fifteen or twenty acoustic demos of different songs. And we decided that we wanted it to be more than just the two of us, more than just acoustic guitars. And at that point, we decided to ask Mark Griffiths, who was also in Plainsong, coincidentally.

But even up until the record was finished, mastered and had the first draft of the artwork done, it was never our intention that it would be a Plainsong album. It was always going to be a trio album of some kind. We talked about having our three names on it, or trying to come up with a name for a trio. Eventually, it made the most sense for it to be a Plainsong album. And at that point, we kind of submitted to it and decided that was what it would be.

BK: So with the release of Reinventing Richard, is that really it for Plainsong, or do you hold out the possibility that – if conditions are right, and if everyone’s interested – that you might do something else in the future?

BK: Before we go, speaking of things you’ve said in print, I read that you’re making a new Pyramid album. That group of yours did “Summer of Last Year” in 1967. It’s a delightful slice of what we might now call sunshine pop, with some nice hints of fuzz guitar and shimmering vocal harmonies. What’s the latest on that project?

IM: It’s a vanity project. We’re working on it. It’s going very slow because it’s not a priority; everything else comes first. We’ve gotten together a few times and decided which song we want to do. We’ve figured out some arrangements, and we’ve actually recorded a couple of tracks. But I don’t think any of us is particularly happy with the end result, so we’ll probably end up doing them again.

There’s no time set for a release, or anything like that.

BK: I must say that I really like Reinventing Richard; it’s less “folky” and much more pop-oriented than I would have expected.

IM: Well, if you’re going to reinvent something , you’ve really got to dig deep. I’ve always thought that those song of Fariña’s have far more going for them than we hear on the original recordings.

Who knows what will become of the album? I’m really proud of it. I’m extremely glad that we did it.

UPDATE: Plainsong has select North American dates scheduled, including one in my city (Asheville NC) on April 14, 2016. I’ll be there. — bk