Only in America: The Lloyd Price Interview, Part 2

Any biographical sketch of Lloyd Price makes mention that he was one of the organizers of the legendary Rumble in the Jungle, the 1974 prize fight between Muhammad Ali and George Foreman. That event took place in Kinshasa, Zaire. But what always goes unmentioned is Price’s involvement in Zaire 74, the music festival created in conjunction with the sporting event. “I produced the whole thing!” Price reveals. He proudly recalls that the all-star bill included Hugh Masekela, Miriam Makeba, Bill Withers, BB King, Sister Sledge, Johnny Nash, Etta James, James Brown, The Spinners, and many popular acts from Africa. 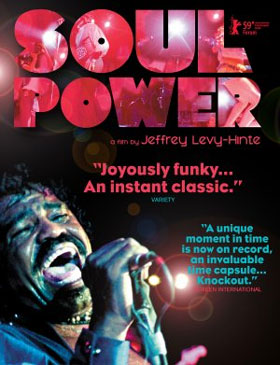 Price says he used Leon Gast as director for the film footage. Gast is now well-known for his Oscar-winning film about the Ali-Foreman fight, When We Were Kings. “I shot 485,000 feet of film. I had Chip Monck over there – he was master of ceremonies at Woodstock – he was my producer. I had two countries putting up the money. Liberia financed the festival, and Zaire put up the money for the fight. And as it was in Africa – and as it still is right now – the two countries did not get along. So what we had to do was ship the film out of the country – from Kinshasa to Liberia – every morning on a Pan Am flight.

“What happened was, George Foreman got his eye cut, and that delayed the fight for six weeks.” But the concert went on as scheduled. “The guy who put up the money for it was Steve Tolbert, the Finance Minister of Liberia. And he wanted all the film in Liberia. So six weeks went by, and then we did the fight. And in the meantime, I was trying to build a young guy nobody knew at all – Don King – into a promoter. And I was trusting that the film was fine in Liberia.” Funds had been raised there by Masekela and Makeba; the two South African musicians had many connections in Liberia.

The concert film was eventually released as Soul Power…in 2009, some thirty-five years after the festival took place. And nowhere in the film credits will one find Price’s name. “The reason I didn’t get any credit is that Leon Gast was being paid directly by Liberia. He hid the film for years. And then years later – when he knew I was living in Nigeria – he ran an ad in the newspaper stating that I could not be found. And so the courts awarded him full ownership of the film for $700. We had spent three and a half million dollars’ worth of cash, plus the work we had put into it. So,” Price laughs, “that’s why I never talk about it!”

The unhappy denouement of that business venture didn’t dampen Price’s enthusiasm. He would go on to become a building developer in New York, and these days he oversees his company, Icon Food Brands, which markets Southern style foods. He still performs onstage, and he is currently busy with his long-awaited musical show, Lawdy Miss Clawdy. “We’ve had our first table reading,” he says. A full reading is scheduled for January or February 2016. Price says that Paul Shaffer will be signing on as Musical Supervisor for the stage show. “Jeff Madoff wrote the story about how the youth movement started in America.” The show focuses on music’s role in that movement. “Every time Orval Faubus or George Wallace or one of those guys would say, ‘segregation now, segregation forever,’ another teenage kid – be it Buddy Holly or The Big Bopper or Fats Domino or Little Richard – these guys would come up with a new record. And those records brought kids closer and closer together. And that’s what Lawdy Miss Clawdy is about; it’s going to tell these stories.”

Price also confirms rumors that he’s working on a new album. “I haven’t had this kind of excitement, about the music I’m doing now, in years.” He acknowledges the challenges of today’s music business, but remains confident: “You just have to make something that people want to listen to. And that’s where I’m at: my music has always been about being happy.”

Returning to discussion of Price’s new book, I ask him if the experience of writing Sumdumhonky was a cathartic one. “I guess you could say that,” he responds. “But when I was bothered by those things is when they were happening. But now, I just want to share those stories with all these new kids coming up now. America is great now, but it was great then, too: because we kids who had no sight of an opportunity were allowed to make music. And that gave us a whole new experience, a whole new world. And it only could have happened here in America.”