My current crop of hundred-word reviews wraps up with some odds and ends, all worth a listen. I generally don’t review from MP3 files, but in a few cases I make exceptions. Three of those are here. 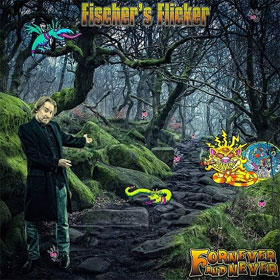 Fischer’s Flicker – Fornever and Never
Scott Fischer operates under this nom de pop to make his uptempo, fun music that bears the influence of classic pop as well as modern keyboard-centric acts such as Ben Folds. “Black Mariah” (not the similarly-titled Todd Rundgren song) is representative of the music here: chiming, memorable melodies and strong choruses. I hear faint hints of Harry Nilsson, too. “Dead to Me” is catchy retro-rock, shades of Ringo Starr‘s “You’re Sixteen” cover. An unexpected cover of Alice Cooper‘s “Halo of Flies” feels a bit out of place, but it’s executed well, full of drama. One might label this “accessible underground.” 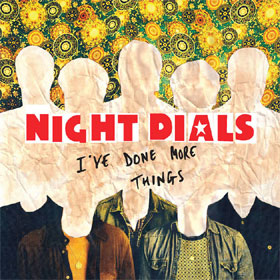 Night Dials – “I’ve Done More Things” b/w “I’ll Sleep When I Die”
The a-side of this 45rpm disc (recorded in merry London town) sounds a bit like Tame Impala crossed with “Waiting for My Man” era Velvet Underground. A deliberately noisy aesthetic – especially the splashy drums – gives a scuzzy feel while the lead singer tells us about his girl’s new boyfriend.” Catchy stuff. The brief flip is woozy, dreamy stuff that shows a slightly different side of the band; it’s purposely as lo-fi sounding as the anti-classic “Green Fuz,” and has a decidedly 60s retro garage vibe. It will be interesting to what this outfit does with a full-length album. 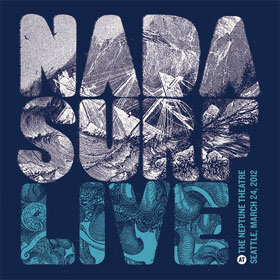 Nada Surf – Live at the Neptune Theatre
Somehow I missed this band for years; I eventually discovered them via power pop playlist I created on Pandora. This album isn’t even mentioned on their Wiki page, suggesting their fan base is small or lazy (or both). It’s good stuff, documenting a live set recorded around the time of the release of their most recent studio disc, The Stars Are Indifferent to Astronomy. The sound is high-energy, catchy rock with solid harmonies. It’s not miles away from the sound of Fountains of Wayne, albeit with less cleverness and humor. “Whose Authority” is a catchy highlight, as is “Always Love.” 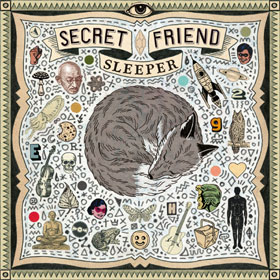 Secret Friend – Sleeper
Secret Friend is American expatriate Steven Fox, now living in Thailand. Shimmering pop is the order of the day here; and Fox is more of a behind-the-scenes auteur who crafts his works and them (mostly) puts other vocalists out front to deliver them. Time Machine was one of my favorite albums of 2013, and while Sleeper goes in a markedly different direction, it’s a contender to make my 2015 list. There’s nothing about this album that suggests southeast Asia. Fox has a knowing way around melody. Sleeper is totally out of context in 2015 pop, but it’s a delight nonetheless. 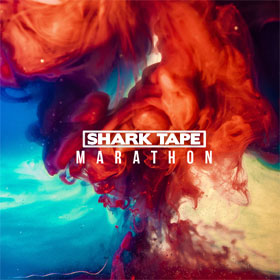 Shark Tape – Marathon
This is the third release from this Philadelphia trio. There’s always room in my collection for straight-ahead indie rock, so long as the melodies are strong. They are here, and the group makes effective use of their limited musical arsenal – one guitar means you’d better be good and have some versatility about you. I hear as much Redd Kross in their songs as I do Nirvana; put another way, they write memorable tunes and then bash ’em out. I’d wager they sound exactly the same live as they do on this album. And that’s a very, very good thing.