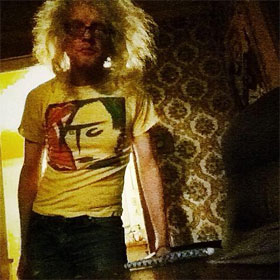 Anton Barbeau feels similarly about progressive rock. “At one point, I decided, ‘Oh, I don’t like that stuff at all.’ But not long ago on one of the XTC [online] forums, people were debating how much of a prog band XTC was.” He continued, “And I see it now, even though I was debating against it. Even if you listen to something like ‘Wake Up’ [from 1994’s The Big Express], you realize, ‘Ah, yes! It does have that sound.’”

He mentioned a recent Facebook post of his, a link to a Youtube clip of King Crimson‘s “Elephant Talk.” from their 1981 album Discipline. “The first time I saw that clip [on Fridays, ABC-TV’s clone of Saturday Night Live], I was a teenager. And they were ‘new wave.’ That’s how it looked to me. It’s interesting, the topic of genres, and how much they either limit your vision of music, or allow you a way in.” He struck a hopeful tone: “I don’t think it matters now the same way it did then. When I was a teenager, genre mattered.” One simply had to like this, dislike that. Barbeau affected a mock-pompous voice and said, “I was new wave. With punk overtones. Still liking pop music, but anything that would rock, quote-unquote. Disco? Despised it. When Paul McCartney put out a disco single [Wings‘ 1979 12” single ‘Goodnight Tonight’ b/w ‘Daytime Nighttime Suffering’] I felt so betrayed!”

“But now,” he continued, “ I listen to disco, and love it: ‘Wow! Great track! Great recording!’ So, if King Crimson were new wave, then so were Kraftwerk. But they’re krautrock, too. And then you go into the krautrock genre, and it’s kind of…prog. And you think, ‘Yeah, I can see that.’ And you start to see how it all blurs together.” That delightfully blurred sensibility is a hallmark of Barbeau’s music, and listening to different genres informs his own musical view. 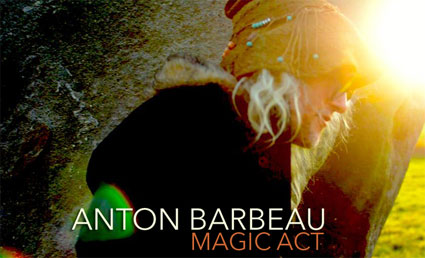 Since the subject had turned – albeit fleetingly – toward krautrock, one of my favorite styles, I jumped at the opportunity to name-check some of the German bands I liked, seeing that once our interview concluded, I would be off to visit several of Kreuzberg’s many fine used vinyl shops. I mentioned 70s-era bands including Jane, Birth Control, Guru Guru, Eloy, and Grobschnitt. “See, I’d listen to something like that now,” Barbeau replied, “because I didn’t then. Anything I rejected, I’m really curious to hear. I didn’t even get into Led Zeppelin – into them in the sense that I spent money on them – until maybe ten years ago. And then I was like, ‘Ohhh…dude.’ I think the whole idea of genres is there to protect us, sometimes. But then, take Grobschnitt: are they krautrock, or are they really drifting toward art rock? Who knows? These days, I’m sort of rebelling against my own teenage rebellion. I’m going back to older music and asking myself, ‘What am I getting from this now?’ If something resonates, it resonates.”

Barbeau characterized his early 80s teenage self as a “synth pop fanatic. But then I got into XTC, and then found that I couldn’t listen to Ultravox. But I had an Ultravox renaissance recently, where I discovered, ‘This stuff is really good!’ So it’s nice to sort of weave my way backwards.”

Sometimes, even when a genre didn’t appeal to a young Barbeau, the sheer appeal of a tune would overwhelm him. “Take Lionel Richie‘s [1983] ‘All Night Long.’ I can always make time for that song, for the backing vocals alone. Whenever that was on the radio, I couldn’t resist it. I wanted to hate him,” he laughed, “but certain things I can’t resist, no matter how much I want to.

I noted that I couldn’t resist his (admittedly demo-ey) recording of “Octagon” on the 1997 powerpop compilation Yellow Pills 4. Barbeau suggested that the (greatly superior) remake with The Bevis Frond on his 2002 album King of Missouri is “the definitive version, the way it was always supposed to sound.” He also noted that a third recording of the song will appear on the upcoming Allyson Seconds album he’s producing.

As our conversation wound down, I encouraged Anton to refresh his computer screen to see if any additional pledges had come in. “Still at 90%,” he said. But regardless of how the crowd funding campaign would turn out, he made it clear that he’d soldier on, one way or another. “I just crank out records,” he smiled. “I just can’t help it.”

We said our goodbyes and posed for a quick photo outside Federica (thank you, Audrey), and then my wife and I plus my son Daniel set off for the nearest record store. Anton had kindly given us some local intelligence on which shops to visit. Before long, I was sitting cross-legged on a dusty floor in one such shop, intently digging through the krautrock section, and finding previously unknown gems of all description. Audrey was nearby, helping in my effort. Suddenly, a familiar figure appeared in the store. It was Anton. 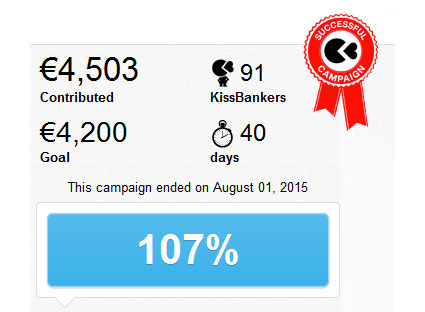 “We did it!” he said. In the final seconds of his crowdfunding campaign, Anton Barbeau’s fans had helped him to the finish line. The upcoming Magic Act had now secured its funding goals. Minutes later, Barbeau posted this thank-you to his backers on the crowdfunding site’s page:

“Once more, thank you each and all for making this happen. I didn’t sleep much last night, and when I did, it was all spread sheets and crowd funding visions, so I’m a little loopy today! And I STILL have an album to finish! I’ve had loads of great feedback, but in recent days the feedback is more critical and freq. specific – the kind of info that makes me a little crazy, yet is utterly valuable. So I’m torn between wanting to dig back in full-on in the mixing mess and wanting also to run for the hills for a few days. Since we’ve indeed made slightly more than our target, we’ll have money to hire a publicist in the States. This now means I better pick a release date. It’s been loose for a while, now things get tight! Forward into that long, dark afternoon of tea cups and cream. But all this is only with your wonderful encouragement and assistance. It means the world to me.”

Anton Barbeau’s Magic Act will be released on Mystery Lawn Music on March 4, 2016.