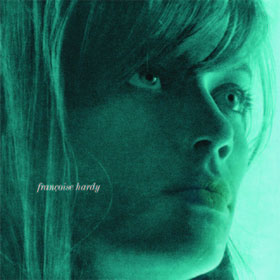 L’Amitié (yet again aka Françoise Hardy)
By all accounts, the half-originals/half-covers approach was working well for Françoise Hardy. So was the idea of having twelve – not eleven, never thirteen — songs on each album. And the idea of mixing musical exploration with more traditional arrangements had been serving her well. So it’s little surprise that in those respects, L’Amitié follows the path laid out on previous discs, right down to the returning Charles Blackwell Orchestra.

The record opens with “Ce petit cœur” (“This Little Heart”), and finds Hardy’s musical backing sounding very much like The Stone Poneys backing Linda Ronstadt on Mike Nesmith‘s “Different Drum.” Notably, the Stone Poneys record was released some twenty months after this record.

“Tout ce qu’on dit” (“Every Word”) doesn’t rock as hard as “Je n’attends plus personne,” and the electric guitar parts are, for most of the tune, put deeper into the mix, but this new tune doesn’t sport all of the traditional pop trappings of the earlier tune, either. Furthermore, this song marks one of the earliest instances of the singer breaking out of a limited range of notes; she starts low and quiet, and lets her voice soar – albeit briefly — as she heads into upper registers: it’s the sound of an artist maturing.

But as with earlier albums, Hardy seems to want it both ways; the title track may feature twelve-string guitar, but it’s otherwise very much of a piece with her more subdued, rainy-day melancholy balladeering. And it’s that very quality – not her occasional forays into folk-rock and rock — that international labels sought to market. That explains the international title of this disc, The Warm Romantic Voice of Françoise Hardy (for the USA it would be titled Françoise…Françoise Hardy).

Still, the occasional rock flourishes continued to creep into Hardy’s work. “Je t’aime” (“I Love You”) was an early composition by Mick Jones (later of Spooky Tooth and later still of Foreigner), with lyrics by Hardy. The song is standard-mode Hardy, but with brief flashes of fuzz guitar here and there. Wide-screen production is the most remarkable thing about “Ce n’est pas un rêve” (“This is No Dream”). The arrangement swells and recedes repeatedly, and features prominent orchestration and female chorus vocals.

The chipper arrangement of “Quel mal y a-t-il à ça?” (“What Harm Did He?”) is pure sixties pop, and in retrospect seems a good candidate for inclusion on Hardy’s next album, a — you guessed it — collection of her songs in (finally!) English, the not-so-imaginatively titled Françoise Hardy Sings in English. Alas, no. But that May 1966 LP would deliver the English-language hit “All Over the World.”

P.J. Proby‘s “Just Call And I’ll Be There” (written by Charles Blackwell, he of the selfsame orchestra) is transformed into “Le temps des souvenirs” (“The Time for Memories”) and a characteristically sentimental arrangement for Hardy. The record ends with “Dis-lui non” (“Tell Him No”), another understated tune with bits of twangy electric guitar scattered about. 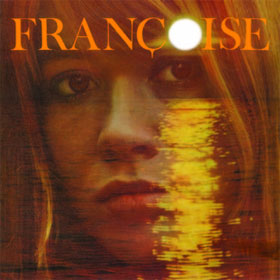 La maison où j’ai grandi (aka Françoise Hardy)
In October 1966, Hardy released this, the last of five LP titles officially bearing only her name. Still recording at Pye, this time she enlisted the services of the Johnny Harris Orchestra; once again Claude Wolfsohn produced the sessions. The English translation of the disc’s most popular track — the one providing its unofficial/alternate title – is “The House Where I Grew Up.”

Ennio Morricone‘s exhilarating “Se Telefonando” is recast as “I Change My Mind,” and though it’s a bit slower than Mina‘s version from earlier in the same year, it’s still possessed of grandeur. Hardy’s increased use of a wider vocal range stands up well to the fluttering harps and strings. And on her orginal “Si c’est ça” (“If This Is”), she displays more emotional range – occasional pauses for emphasis and such – than is typical of her earlier work.

“Rendez-vous d’automne” (“Autumn Rendezvous”) sounds very much like its title suggests: melancholy and, well, autumnal. Its arrangement is faintly reminiscent of Simon and Garfunkel‘s “Bridge Over Troubled Water,” recorded more than three years later. With its plucky harps, “Je serai là pour toi” (“I’ll Be There For You”) seems loosely based upon – or at least influenced by – Johann Pachelbel‘s “Canon in D Major.”

Throughout the disc, Hardy does seem to have retreated from any and all of the rock-leaning tendencies she might have displayed a mere two years earlier on Mon Amie la Rose. Electric guitars are largely absent, and even the brass is scaled back in favor of strings and tinkling harpsichords, both of which seem to be all over the soft-baroque pop of La maison où j’ai grandi. “Surtout ne vous retournez pas” is typical of the record’s many tunes in 3/4 time featuring heavenly vocal choirs. It’s all pleasant enough, but something of a letdown after the adventurous-by-comparison albums that came before.

The disc closes with the (unofficial) title track, a French adaptation of the Italian tune “Il ragazzo della via Gluck” (“The Boy of Gluck Street”). While the twelve-string opening flourish suggests listeners might be in for something adventurous, it’s a traditional pop song with a singalong feel and lots of strings.

La maison où j’ai grandi would be released worldwide with its double-exposure cover art intact, the first time one of her records wouldn’t be repackaged for international distribution.

Françoise Hardy would go on to release more than two dozen studio albums (not even counting compilations), and maintained a regular release schedule for many years; her most recent album of new music is 2012’s L’Amour fou (in English, Crazy Love), and features all original music. These days, Hardy, now age 71, does not tour, and – as ever — gives very few interviews. Fortunately for those interested in going deeper than merely appreciating the music, each of the five new Light in the Attic reissues features informative essays based not only on Hardy’s two(!) autobiographies — 1991’s Notes Secrètes and 2008’s La Désespoire Des singes Et Autres Bagatelles (loosely translated in English as Despair Monkeys and Other Things of Little Importance) — and her 1986 authorized biography, but also upon a rare interview with liner notes essayist Kieron Tyler in November 2014. The Light in the Attic CD releases of these five francophone albums were released on October 16, 2015; vinyl reissues will follow in late January 2016.