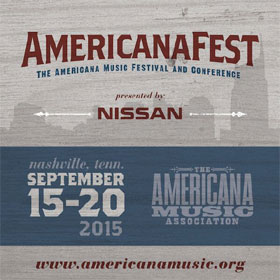 I recently had the pleasure and honor of joining a distinguished panel to discuss social networking as it applies as a tool for musicians. In addition to my years as a music journalist, I have nearly three decades’ practical experience in marketing and advertising, and have been a freelance web developer (my rarely-mentioned “day job”) since 1996.

Even so, I was outgunned expertise-wise by every single one of my co-panelists. Moderator Cary Baker runs the boutique music PR firm Conqueroo; before that he was an A&R guy with I.R.S., Enigma and Capitol, had his own indie label, and – even farther back, which is where and when I first learned of him – he was an esteemed music journalist for print outlets very familiar to readers of rock criticism. Full disclosure: Cary’s also a good friend of mine. 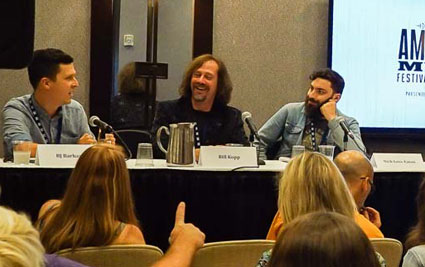 Nick Loss-Eaton is an independent music publicist as well (Nick Loss-Eaton Media), and I’ve known him since his days at Shorefire, one of the big boys in music PR. Katy Kirby is Director of Marketing for Thirty Tigers, the label responsible for (among other impressive accomplishments) the new Ted Hawkins tribute album, Cold & Bitter Tears. 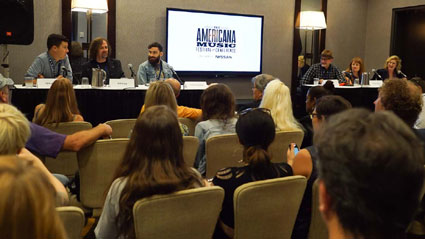 And as impressive as all of those experts were and are, perhaps the most interesting, valuable, and real-world information about the power and techniques of social media marketing came from the two remaining panelists: recording artist Amy Black, and BJ Barham of the group American Aquarium. Those two cut right past any sort of dry marketing theory and went right to the meat ‘n’ potatoes. Barham gave the capacity crowd (ok, it wasn’t a huge room, but still) specific examples from his own experiences. He’s pretty much established himself as the social media presence for his band, and he takes his social media contact with his fan base seriously. Very seriously. And not in a cynical, gotta-do-this-shit kind of way: this is an artist who clearly enjoys interacting with his fans, but who also knows how important it is to do so in a way that furthers the success of his band/brand. 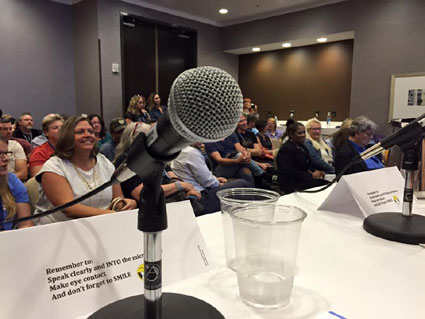 Everything flew by way too fast for me to do anything like take notes or even remember the specifics; this introvert was too busy making sure he didn’t dribble water down his shirt or say “fuck” into the live mic or something like that (let alone try to make the occasional intelligent contribution to the discussion). And they didn’t make audio or video recordings of the panel. But if you’re a musician who’s interested in what it takes to communicate with your fans in a constructive way, you could do much worse than follow American Aquarium on Facebook or the other social media outlets they use. Also, listen to their music, and Amy Black’s music. And check out Thirty Tigers’ new Ted Hawkins set. And if you’re in a position to hire a PR firm, consider Cary’s or Nick’s services.

Which, out of the six panelists, leaves me. Please keep reading my blog. Thanks!