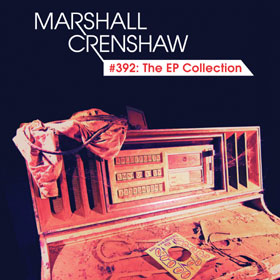 For better or worse (actually, for better and worse) things used to be different: recording artists focused on their music, and the record company – or at least artist management – tended to business matters. Today that paradigm rarely exists: the artist is expected – no, s/he is all but required – to give time and effort to the task of marketing. In practical terms, that means the artist is expected to engage with his or her fan base in a way unimaginable even a decade ago. As a co-panelist of mine at a recent discussion on social media (look for my feature on that panel, coming soon to this space) put it, “Led Zeppelin never had to interact with their fans on Facebook.”

Now, for many artists, this works fine: cutting out the middleman (hilariously and accurately personified in This is Spinal Tap‘s Artie Fufkin of Polymer Records) is often a good thing, allowing participants to engage in a two-way dialogue that benefits all. If you’re an introverted artist, well, the new reality may pose some challenges.

Back in the 1970s heyday of rock, mega-platinum acts such as Fleetwood Mac and Pink Floyd could go two, three or more years between album releases, and still count on a groundswell of support when they finally got around to releasing something new. But today’s music consumer (and I use that term advisedly) has a shorter attention span: give us something new and give it to us often, they seem to say to the artist, or we’ll forget you and move on.

Happily, a growing number of artists have found a way to bend their creative muse toward this new way of thinking. Which, finally, brings me to #392: The EP Collection, the latest album from Marshall Crenshaw.

As he explains in the disc’s liner notes, “This is a compilation album, containing tracks from a series of 6 vinyl EPs that I did between April 2012 and April 2015.” So from one point of view – that of the CD consumer – #392 is a new album. While from another angle, it’s indeed a compilation, collection, reissue, what-have-you. Either way, it’s another serving of solid, tuneful and memorable guitar-pop from a master of the style.

The approach used to bring #392 to market isn’t exactly new: Todd Rundgren‘s PatroNet project was – as is so often the case with Rundgren – a bit too far ahead of its time, but it did offer hardcore fans a number of hear-it-here-first exclusives, assuming they could get the files down their 28.8kbps phone-line modems. So in 2000, Todd abandoned his pledge not to release any more traditional albums, and compiled most of the PatroNet content as One Long Year.

Now, some fifteen years later, Marshall Crenshaw has been successful with a release program not at all dissimilar to Rundgren’s 1990s concept. He’s achieved the now-important goal of keeping his name (and likeness, and music) in front of his fan base via the release of a series of 10” vinyl extended-play records. Those were welcomed by longtime fans (count me as one), and the new CD provides product that’s a bit more practical for the mainstream music consumer (read: one without a turntable).

Not to get too inside-baseball, but because Crenshaw switched again and again between publicists over the course of releasing the six vinyl EPs – and because some publicists were, shall we say, better than others at getting the word out to reviewers – I didn’t even hear about the fifth and sixth installments, Move Now and Grab the Next Train. So even for someone who’s done his best to keep up with the man’s music, I’m delighting in new-to-me music on #392.

The original EPs had an intriguing format, though one not always followed slavishly: a new song, a reinvention of a classic number from Crenshaw’s catalog, and an interesting cover tune. The new songs are uniformly excellent, and suggest that the meted-out-over-time approach is a good one for Crenshaw the songwriter (though he’s not exactly known for weak tunes). “I Don’t See You Laughing Now” is perhaps the best among these, a slice of classic, chiming Crenshaw. “Move Now” is vaguely reminiscent of Gin Blossoms. “Red Wine” has a lovely Parisian feel, thanks to Rob Morsberger‘s accordion. “Driving and Dreaming” takes its time to unfold and reveal its charms, but it’s worth the wait. “Stranger and Stranger” demonstrates yet again Crenshaw’s knack for turning out a memorable melody and lyrics that connect emotionally.

The covers are all left-field choices that give listeners a window into the eclectic world of music that has influenced Crenshaw. “No Time” must surely be one of the very few covers – by anyone, ever – of very early Electric Light Orchestra. In Crenshaw’s hands, the Jeff Lynne-penned tune is pared back to a simpler arrangement than on the first ELO record, but it’s simply lovely. The welcome presence of Mellotron does imbue Crenshaw’s reading with just the right level of dated-ness.

Also delightful is Crenshaw’s heartfelt reading of the Burt Bacharach/Hal David classic “(They Long to Be) Close to You.” Here it’s not mawkish, and feels very much at home on the varied collection that is #392. Bobby Fuller‘s “Never to Be Forgotten” is a solo Crenshaw arrangement – he does it all on this track – and his thrumming twelve-string is a tasty tribute to Fuller’s talent. And the electric sitar on James McMurtry‘s “Right Here Now” is guaranteed ear candy. Crenshaw’s readings of tunes by The Lovin’ Spoonful (an easy-listening version of “Didn’t Want to Have to Do It”) and The Easybeats (rocking out on “Made My Bed, Gonna Lie In It”) have undeniable appeal as well.

Crenshaw’s rethinking of his old tunes might, however, be problematic for some longtime fans. And perhaps that’s why none of those EP cuts – often drastically changed remakes of “Someday, Someway,” Mary Anne” and other timeless classics – found their way onto #392. The live version of “ There She Goes Again” with The Bottle Rockets (found on the I Don’t See You Laughing Now EP) would have made a nice addition, however.

#392 is formatted so that the first six tracks are the EP title cuts, and the next six are selected from among the dozen or so remaining vinyl tracks. Wisely – and with a commendable eye toward the commercial value-for-money side of things – Crenshaw has seen fit to append a pair of bonus tracks to #392: The EP Collection, a pair of tunes not found on the vinyl EP releases. The Everly Brothers‘ “Man With Money” gives CD purchasers a chance to hear Crenshaw live and ably supported by The Bottle Rockets; their version recalls the arrangement that The Who used when they featured the tune in their late ’60s live sets.

Crenshaw wraps up the disc with what he describes as a demo recording of a new song co-written with Leroy Preston, “Front Page News.” Even in demo form, it displays all of the hallmarks of Crenshaw’s singing, playing, and writing: talents that have made him a national treasure. At press time, there’s no word whether Crenshaw will continue the schedule of frequent EP releases, or whether he’ll follow his muse down some other path. Either way, it’s a story worth following.