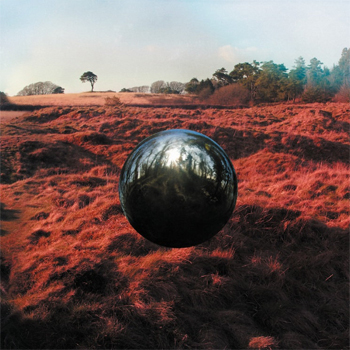 Depending on the manner in which one learns about Cary Grace, the music on Tygerland may come as a surprise. An American expatriate now living in the United Kingdom, Grace is a keen synthesist. So much so, in fact, that she owns and operates Wiard, a company that hand-builds modular, analog synthesizers. You know: the twiddly-knob, patch bay looking beasts that require a lab coat and advanced degree to operate. I kid about the prerequisites, of course. But analog synths are not for the faint of heart.

Well, there’s of course much more to Grace than that. She has collaborated with other musicians of repute, and has a number of production credits on her résumé. She also produced and hosted a music podcast (currently on hiatus), and in 2015 she self-released her sixth solo album, Tygerland.

The disc’s title track opens with some jarring, heavily distorted blasts of noise from a synthesizer; that quickly gives way to some sonic textures more readily associated with space rock (think Saucerful of Secrets-era Pink Floyd, or the more keyboard-oriented exponents of 1970s krautrock). There are even hints of seagulls a la Floyd’s “Echoes.” But to characterize “Tygerland” as musique concréte would be doing it a disservice; it’s a textural, moody piece that serves as an effective opener for the music to come.

“Cyanide” features more conventional rock-oriented instrumentation; the track’s soaring guitars wouldn’t be out of place on a Steven Wilson album. But those guitars and the electronics that preceded them don’t prepare the listener for Grace’s strong, assertive vocals. Mixed pleasingly out front, her singing is controlled, assured, and expressive. Some listeners might hear bits of Grace Slick (Jefferson Airplane) in Grace’s pipes; for some reason I’m led to think of Shocking Blue‘s Mariska Veres. “Cyanide” rock hard in an early 70s way, yet it sounds positively modern. Timeless might be a better adjective. Grace’s sturdy songwriting provides a highly melodic base for her lyrics, but leaves plenty of space for the instruments to shine.

The analog synths return on “Orange Sky.” Loads of carefully-placed delay are applied to the percussion and to Grace’s voice on this elegiac tune that drips of melancholy. With its mention of the legendary crossroads, the lengthy (but not overlong!) “War Child” feels like a modern rethink of blues; were it not for Grace’s gender, the tune would fit comfortably into the macho rock mold; as it is, the track – with delightful use of electric piano and phased/wah-wah guitar – will please those who enjoy the classic-retro stylings of Siena Root.

“Limelight” takes things in an entirely different direction. It’s a smoky, sultry, understated number that burns slowly. The sinewy lead guitar fills between Grace’s verses provide a nice contrast, and the shimmering keyboard runs suggest raindrops hitting the surface of a lake (yeah, I dunno why; they just do).

The contemplative “Razorwire” starts off with assertively chorded “lead” bass guitar. Here, Grace delivers her lyrics in a high, airy tone that suggests The Sundays‘ Harriet Wheeler; among other things, the track serves to point out the range and expressive palette of Cary Grace’s vocal abilities. “Razorwire” is perhaps the most 90s-alternapop sounding track on this varied disc. Graces’ vocal overdubs – sparingly used on the album overall – are a highlight here.

“Into the Indigo” is a subtle, minor-key track, making effective use of its relatively minimal arrangement. Into that space comes some lovely violin work, answered (again subtly) by picking guitar lines. Meanwhile, Grace sings of tales of Helios, chariots, and symphonies. Halfway through the song, the instruments break free, as the violin and guitar engage in a mighty battle.

“Windsong” is Tygerland‘s final track, but it’s also the album’s longest at over twenty minutes. Befitting the electronic music pedigree of its creator, the work unfolds slowly, delivering menacing, faraway-sounding musical textures, sometimes of indeterminate origin. After five minutes of instrumental scene-setting, Grace recites her lyrics as spoken poetry. Behind her, instrument skitter in and out of the mix, adding to the overall feel but never getting in the way of Grace’s recitation. Gradually, the instruments throb forward in the mix, seeming to force their way out front. Twelve-plus minutes in, they take over, and “Windsong” becomes a heavy, hypnotic psychedelic piece somewhere between The Doors‘ “The End” and some of Amon Düül II‘s best work. For the remainder of the track, vocals and instruments compete; eventually, Grace’s voice trails off, but it’s as if she’s done so on purpose, retreating rather than surrendering to the krautrock-flavored swirl of electrics and electronics.

Adventurous yet melodic, Tygerland is one of 2015’s more interesting releases.