Album Mini-review: Pugwash — Play This Intimately (As If Among Friends) 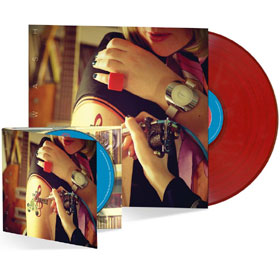 File Next to: Fountains of Wayne, XTC, Electric Light Orchestra

This may just be the effort that pays off for guitarist-singer-songwriter Thomas Walsh and his bandmates. The Dublin-based band has released six albums, including three – count ’em: three – best-ofs on three different labels. Though critically acclaimed, Pugwash haven’t gained traction in the American marketplace. Until now, that is. Play This Intimately is their first album of new material to get a proper stateside release, and it’s filled to the brim with Pugwash’s brand of preternaturally melodic, catchy pop-rock. The group is often compared to XTC (they were on Andy Partridge‘s Ape label for awhile, and Partridge guests on the new album) and ELO (Jeff Lynne makes a fleeting appearance as well), but Pugwash truly have a style of their own. “Kicking and Screaming” boasts one of Walsh’s strongest melodies, and that’s saying something. Play This Intimately is a winning balance of power and subtlety, of brashness and nuance.