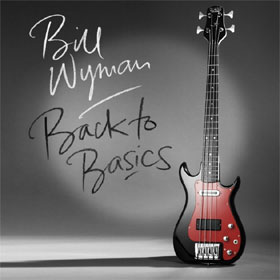 
During his time (1962-1993) with the Rolling Stones, bassist Bill Wyman released three albums that displayed his particular (if low-key) musical sensibilities. After the success of his friends-and-all project Willie & the Poor Boys, he adopted that approach for his long-running aggregation, The Rhythm Kings. That busman’s holiday aggregation was a low-pressure way for Wyman to hang out with talented friends, focusing on live dates and albums that presented beloved covers from early- and pre-rock’n’roll eras. Back to Basics employs a similar method: it features straightforward, polished musicality, wry lyrical wordplay, and Wyman’s gravelly, unprepossessing vocals that recall the late Ian Dury. Whether one would call the album “consistent” or “samey” likely has much to do with how one feels about Wyman’s understated and unpretentious musical approach in general. The bottom line is that it pleases Wyman, and as he approaches his eightieth birthday in October 2016, that’s success enough.