Hundred-word Reviews for September, Part 2 of 8 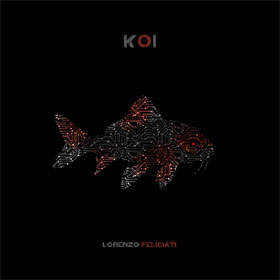 Lorenzo Feliciati – Koi
Rare Noise Records can reliably be counted upon to release challenging, outsider-flavored music that leans toward, jazz, avant-garde, and/or progressive directions. Koi is Lorenzo Felicati (basses, guitars, keyboard and more), Alessandro Gwis (keyboards and computers) and percussionist Steve Jansen. But they’re joined by various horn players and (on one track) King Crimson drummer extraordinaire Pat Mastelotto. The musical vibe is sinister yet atmospheric and tuneful, and it’s more accessible (that is to say less avant-garde) than many Rare Noise offerings. Think of it as bop-jazz influenced music (with a touch of space-rock) played on modern, state of the art instruments. 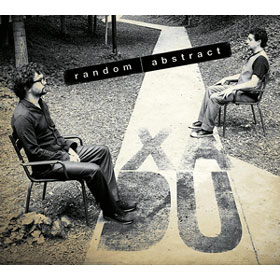 XaDu – Random Abstract
If you want to know about interesting new music (generally in progressive rock/jazz idioms) being made in southeast Asia and other non-USA locales, your first stop should be Leondardo Pavkovic‘s MoonJune Records. The artists in Leonardo’s stable are as prolific as they are skilled, and they often team up in various collaborative efforts. Two artists I’ve covered before – Xavi Reija and Dusan Jevtovic – come together to make this free-form work displaying the power of rock, the grandeur of prog, and the precision and exploratory nature of jazz. Drums and guitar duos don’t usually pique my interest; this does. 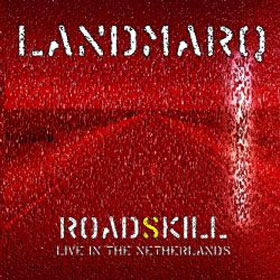 Landmarq – Roadskill: Live in the Netherlands
This long-running progressive act from the UK has largely flown under the radar for most of their existence. Their music deserves a wider audience, and clearly somebody knows who they are, as this live disc demonstrates. Tracy Hitchings is one of relatively few female lead vocalists in the progressive idiom, and while her pipes are vaguely reminiscent of Annie Haslam (Renaissance), the musical backing rocks harder (and a tad more interestingly) in a sort of Spock’s Beard kind of way. The special edition features a 78-minute concert CD plus a DVD that adds two tunes plus interviews and other goodies. 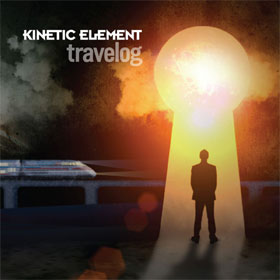 Kinetic Element – Travelog
Five long tracks – the shortest is a shade under ten minutes; the longest, more than twice that – make up this disc. The four-piece group is made up of some decidedly not-young musicians, but their sound is delightfully timeless progressive rock. Kinetic Element are and instrumental outfit, but they bring in guest vocalists for each of the tracks. That said, the pieces are still primarily instro in nature. Those who enjoy the slow burn of epic prog – think Yes‘ Close to the Edge more than Tales From Topographic Oceans – will enjoy this delightfully adventurous yet accessible set. 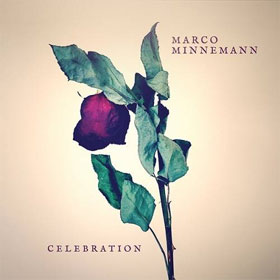 Marco Minnemann – Celebration
One of music’s busiest, most in-demand players has somehow found time to write, play and record a solo album. And Celebration is a solo set in the truest sense of the word: save a bit of spoken-word on one track, everything you’ll hear on this disc is Minnemann. If Joe Satriani made a progressive rock record, it might sound something like this. Metallic guitar and drums push up against vibes, synthesized horns, and uber-heavy, bone-crushing bass lines. Imagine 70s-era Jean-Luc Ponty putting down the violin and picking up a really bad attitude. Thrillingly out-there, tuneful, endlessly varied and thus unclassifiable.