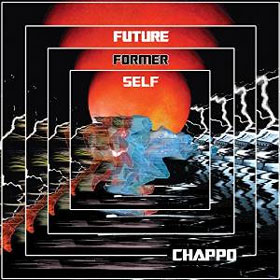 File next to: Edwin Sharpe and the Magnetic Zeros, Tame Impala

If you’re the kind of person who loved Flaming Lips‘ output circa Clouds Taste Metallic through Yoshimi Battles the Pink Robots, but feel they subsequently went off the rails and/or ran out of ideas, you’d do well to check out Chappo. With a sound at times reminiscent of Tame Impala, Chappo wraps pop melodies in arrangements that touch on synth-rock, psych, garage and Apples in Stereo styled chirpy pop. Seemingly disparate left-field elements like trip-hop percussion and wide-eyed psych-folk vocals unexpectedly combine seamlessly with ambitious arrangements that suggest an indie-rock rethink of Jellyfish. Funky/soulful guitars a la Beck are out front one moment, and the next thing you know, the melody’s floating on a pillowy synthesizer bed. Future Former Self is all over the musical map, but somehow it all works in a cohesive manner. If you want an album with a definable “sound,” look elsewhere. For adventure, look here.