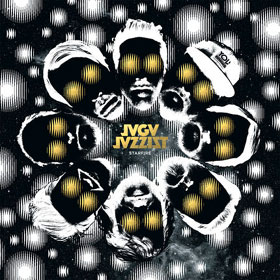 File Next to: Dungen, Zero 7

With their fifth album, 2010’s One-Armed Bandit, Jaga Jazzist seemed to have distilled their multifarious sound into a cohesive synthesis of downtempo, trip-hop, electronica, and experimental jazz; their approach suggested a cross between Zero 7 and Dungen. They followed that studio album with a live set, 2013’s Live with Britten Sinfonia, expanding on their already thick and deeply textured arrangements. Now with Starfire, the Norwegian instrumental ensemble moves into longer, denser, more adventurous song structures. At eight minutes and change, the title track is evocative of some spy adventure shot in European locales. But the group’s music is far too interesting to serve as soundtrack accompaniment; the eight-or-nine musician Jaga Jazzist has always been skilled at putting varied instruments to intelligent use. The group skillfully combines analog synthesizers, brass, and standard rock band instrumentation in a way that makes the combination seem perfectly natural. Even the long songs never meander.