Another musical figure whose work I discovered during my college years is Frank Zappa. I was fortunate enough to see him in concert not once but twice; the first was in 1981 on the You Are What You Is tour. Sadly, I never got the opportunity to interview the man, but I have interviewed a number of notable musicians who were within his orbit. 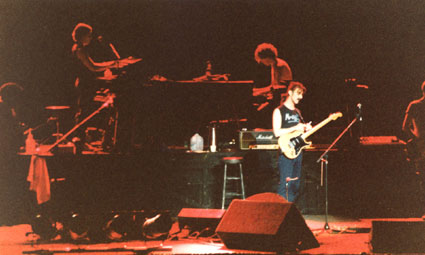 Project/Object
Though I didn’t know him personally at the time, fourteen years ago my friend André Cholmondely headed a Zappa tribute band called Project/Object. The band often features members of Zappa’s groups. Here’s my interview with André Cholmondeley and Ike Willis.

Grandmothers
The Grandmothers is a sort-of Zappa tribute group peopled by musicians who’ve worked with him. My interview with Don Preston and my conversation with Napoleon Murphy Brock shed some light on their group.

I’ve also written about and/or reviewed other Zappa-related releases:

My look back into the archives on the occasion of the blog’s six-year anniversary will continue.