Blues, r&b, post-jazz and country-flavored singer/songwriter music: never let it be said that I only write about rock. Here are five fine releases in a wide array of musical styles. 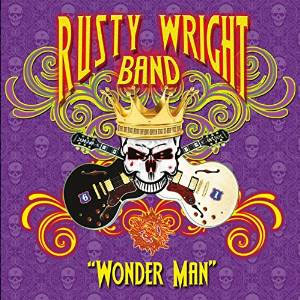 Take the attitude of big-band swing and electric guitar blues, and apply it to uptempo rock’n’roll, and you might end up with something like The Rusty Wright Band. Too many modern-day blues exponents have nothing interesting to offer musically. Wright deftly avoids falling into the strict confines of 21st century blues by widening his musical scope to incorporate other styles. And he does it in a way that won’t offend blues purists (neat trick, that). “Black Hat Boogie” feels like a cross between ZZ Top and Deep Purple; that’s just a hint of what’s on offer here. Wonder Man indeed. 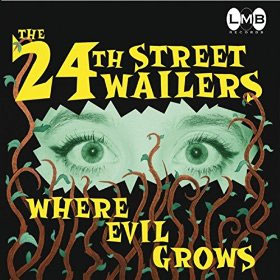 I get letters; I do. Actually, they’re usually emails. But owing to the large number of ’em, few get a “yes, please send a CD” reply from me. Here’s a worthy exception. Imagine a group that plays like JD McPherson and boasts songwriting and a production aesthetic reminiscent of the late and great Nick Curran. Add in some gritty 40s and 50s rhythm and blues, and top it all off with a strong female lead singer who just happens to site behind a trap kit. Whaddya got? This group. On Where Evil Grows, they tear shit up. Get this now. 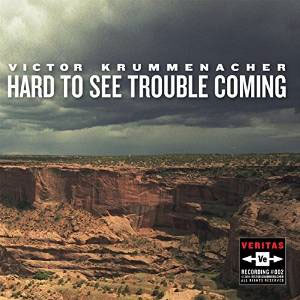 If asked to name a musical act of the last few decades that draws from the widest possible range of musical styles and genres, I’d answer without hesitation: Camper Van Beethoven. That group’s bassist, Victor Krummenacher is endlessly busy with all manner of projects in and outside that group. His latest is this, his tenth solo album. An acoustic-leaning affair, the disc features strong melodies in a slow-to-midtempo vein; the tracks find Krummenacher in an agreeable troubadour/singer-songwriter album, and should appeal to fans of Crosby, Stills and Nash (but not so much Young) and the solidly dependable Bakersfield c&w sound. 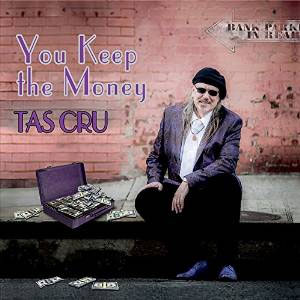 Tas Cru – You Keep the Money

Another example of an artist who deftly expands his musical scope beyond the solid lines some draw around the blues idiom (see Rusty Wright, above), Tas Cru starts with the tried-and-true electric blues elements – electric guitar, bass, drums, B-3-sounding organ, overdriven blues harp – but he applies those tools to a rock songwriting style. His assured and expressive vocal style is strong and unaffected, and the production style avoids cliché. Oh, and as “A Month of Somedays” and the subtle, smoldering “La Bell Poutine” both illustrate, Cru can play some mean guitar in the traditional blues style as well. 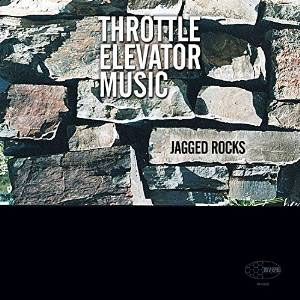 Maybe you’ve heard the term post-rock; it attempts to describe a sort of music that’s both cerebral and visceral, but that moves beyond the idiom from which it was borne. Well, with that in mind, here’s some post-jazz for ya. This trio is shepherded by Gregory Howe, head of Wide Hive Records, and features a sax/drums/guitar lineup. The instrumentation pieces tend toward the short-and-snappy, and they’re alternatively mysterious/gauzy and noisy/aggressive. Howe’s intimate production aesthetics make it feel like you’re in a small room with the band. That’s good, but be warned: like the old saying goes, it might get loud.