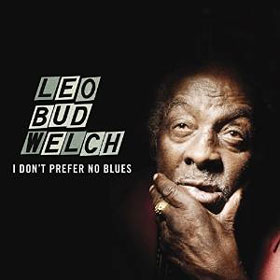 When I first heard the debut album by then-81 year old Leo “Bud Welch (2014’s Sabougla Voices), one of my initial thoughts was that the fine record would have even wider appeal if it wasn’t so lyrically gospel-centered. Of course that’s the man’s right to make the kind of music he wants to, I told myself. And there’s no denying the power and allure of Welch’s music, even if one isn’t especially receptive to the message in songs like “Praise His Name.”

While I’m all but certain that the octogenarian gospel-bluesman from Bruce, Mississippi is well above issues of commercialism and unit-shifting, his followup album – the ironically-titled I Don’t Prefer No Blues focuses many of its lyrical concerns on subjects more suited to the blues idiom. And the instrumental support – once again led by the inimitable Jimbo Mathus, a Southern musical treasure in his own right – increases the wattage a few notches over the approach used on Sabougla Voices.

Now, it’s mere speculation on my part, but while Welch’s first outing on Big Legal Mess used what I call the Syd Barrett approach to recording (the artist sings and plays his idiosyncratic tunes solo, and then later the producer and support musicians create and overdub [underdub?] a sympathetic backing), there’s good reason to suspect that I Don’t Prefer No Blues was cut with the whole band live in the studio.

Whether that guess is correct or not, the resulting recording sure feels like it. There’s an organic sensibility that one rarely finds in today’s ProTools-based digital recordings. Many of the tracks on the album are based around the I-IV-V blues pattern that has served generations of blues players so well. “Poor Boy” features Sharde Thomas on support vocal, echoing Welch’s lyrics. And the instrumental backing is not just spare, it’s stark: bass guitar and a bit of brushes on a snare drum, and that’s it. Anything more would take the attention away from the soulful vocals. 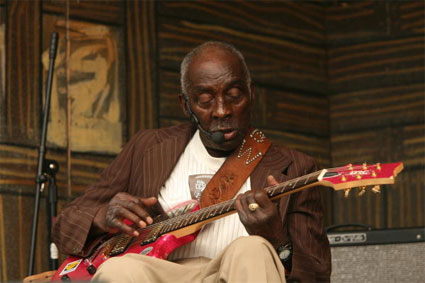 “Girl in the Holler” takes a wholly different approach: fret-buzzing electric guitars sound like their strings are about to fall off the instrument, and the entire track is a (just-barely) two-chord jam that suggests what some fictional swamp-rocking musical grandpappy of John Fogerty might’ve sounded like. By all accounts Welch is a lovely gent, but here he sounds like he’d cut you if you looked at him wrong.

After Welch counts in “I Don’t Know Her Name,” he and his players tear into some insistent, uptempo blues that might remind listeners of a certain age of Muddy Waters by way of Savoy Brown. The stinging lead guitar howls menacingly while Welch tells us he can’t eat, can’t sleep. And he even howls like a wild dog. As the track fades, we hear a bit of organ; it’s almost filigree on this largely unadorned record.

Though it slows things back down, “Goin’ Down’ Slow” is even more aggressive, with a delightfully sludgy backbeat supporting a dirty electric guitar that answers Welch’s vocal phrasing. He sings “please forgive me for my sins,” but one can imagine a sly wink that suggests it’s a pro forma apology. The drums sound like they’re being played as they tumble down a flight of stairs, and that’s meant in the best way.

The swaggering “Cadillac Baby” reminds listeners of one of the unwritten tenets of country blues: the form doesn’t require equal numbers of measures per phrases. The song structure bends to fit the lyrical storytelling. Generations-old blues tropes sound fresh and new coming from Welch and his fellow musicians. And a bit of piano crops up, leading into the chant about riding, baby, all night long. (Another sly wink.)

“Too Much Wine” adds some early 70s-style wah-wah guitar textures into the mix. Welch testifies about the dangers inherent in overindulging, and seems to be having the time of his life delivering the message. The song is reminiscent of some of the late 60s attempt at hybridizing blues and rock (Muddy Waters’ Electric Mud, for example), but there’s an informal vibe at play here. The support players never overwhelm the main man.

“I Woke Up” continues in a similar vein, but the band changes up the tempo throughout the song; the net effect leans in a Chicago electric blues style. It absolutely swings. The band slashes and thrashes for nearly five minutes, and things never get dull. (The fadeout suggests that they might have kept right on jamming; maybe they still are.)

“So Many Turnrows” returns to the stripped-down approach. Skronky electric blues guitar, a slow yet insistent footstomp, and Welch’s voice are all that’s heard for the first minute of the tune. The bass eventually comes in to provide bottom-end support, but it’s another minute before the drums arrive. An appropriately primitive guitar solo is followed by a second solo for the long, long fade.

“Pray On” wouldn’t have been out of place on Sabougla Voices, save for the effects applied to the second guitar (it sounds like Mathus is using an envelope follower, a pedal famously used on The Who‘s “Goin’ Mobile”). Never before has “The Lord’s Prayer” sounded so down-home funky. When Welch tells you that you’d best pray on, you’d best listen.

The disc wraps up with “Sweet Black Angel,” a tune that distills all of I Don’t Prefer No Blues into one song. Some very subtle use of accordion adds the perfect bit of texture.

Now 83, Leo “Bud” Welch is an in-demand live performer, having appeared at a number of high-profile blues festivals. And filming is now complete on a soon-to-be-release documentary about his life. The only criticism of I Don’t Prefer No Blues – and it’s an exceedingly minor one – is that the album is short. It blows by quickly: listeners won’t be unsatisfied, but they likely will be left still somehow wanting more. Here’s a toast to Welch, and the hope that he has many years of recording ahead of him.