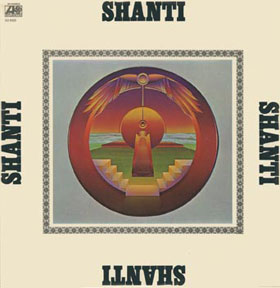 At this stage in the game, nobody’s sure who developed the genre (or, much less, coined the phrase) “world music.” And a definitive explanation for what is and isn’t world music remains elusive. But to paraphrase the Supreme Court justice, I know it when I hear it.

Some strong candidates for early pioneers in what would come to be known as world music include George Harrison and Herbie Mann. The former, as early as the mid 1960s, was working in sounds and influences of Indian music into songs he wrote (“Within You Without You” from Sgt. Pepper and “Love You To” from Revolver) and tunes from Lennon and McCartney (“Norwegian Wood”). And even earlier, jazz flautist Herbie Mann was synthesizing tropicalia into the jazz idiom (and later, he’d cast an even wider stylistic net). The Paul Butterfield Blues Band‘s epic title track from the East-West album fused Eastern styles with the blues. And there are countless other examples.

But one of the most aesthetically successful forays into cross-genre synthesis is the self-titled 1971 debut by a group called Shanti. Led by master of the tabla Zakir Hussain, this Bay area collective combined the rock aesthetic (thanks to a four-man lead/rhythm/bass/drums section) with a decidedly Eastern approach (Hussain on tabla, dholak and naal; Ashish Khan on sarod; and guest musician Pranesh Khan on tabla and naal). The result of the collaboration is an album full of exotic flights of fancy that remain firmly rooted in a Western pop sensibility. And that’s no simple trick.

“We Want to Be Free” features a lovely lead vocal with exquisite harmonies, all backed by Indian instruments playing some decidedly riff-oriented Western pop. And that piece sets the tone for the entire album. Neil Seidel‘s lead guitar trades licks with the sarod masters, and Frank Lupica‘s rock/jazz drumming engages in a running dialogue with Eastern percussion.

Khan’s extended piece “Innocence” initially leans more in a traditional Indian direction, but quickly moves into a hook-filled piece of transcendent pop. Shanti stands in great contrast to the more “serious” (and ultimately less musically accessible) excursions into musical cross-fertilization. Seidel’s ‘Out of Nowhere” comes from the opposite direction (rock) and ends up in nearly the same place, again featuring rhythm guitarist Steve Haehl‘s soothing yet powerfully assured vocals. At times Shanti sounds a bit like Santana, albeit with Indian flavor in place of the Afro-Cuban/Latin styles.

Shanti just plain rocks out on the good-timing riff rocker “Lord I’m Comin’ Round,” which isn’t totally unlike something The Allman Brothers – stylistic gap-bridgers themselves (jazz and rock) – might have done. Here, it’s the Indian percussion that gives the tune its worldly flavor. And the group sounds even more like Gregg Allman and his pals on “Good Inside,” which sounds to all the world in 2015 like the kind of thing that would have stormed the rock charts in ’71.

But that’s not what happened. As Richie Unterberger‘s liner notes in this Real Gone Music reissue explain, Harrison wanted to sign Shanti to The Beatles‘ Apple label, but Indian music legend Ravi Shankar counseled him against doing so, purportedly because Shanti was “too pop” and as such its Indian members weren’t making proper use of their god-given talents.

Your mileage (like mine) may vary on that score. Those aforementioned talents are in full flower on the lengthy “Shanti,” which starts out sounding a bit like The Rolling Stones‘ “Paint It, Black,” and then moves into sonic territory close to Butterfield’s “East-West.” Those Eastern textures are always right there, but the grounding in Western pop aesthetics makes Shanti perhaps the most musically accessible of all stylistic hybrids. Heck, even that most clichéd of 1970s western rock tropes – the drum solo – feels fresh and new in Shanti’s capable hands.

The album ends with the contemplative and exceedingly brief “I Do Believe,” reminding listeners that power and subtlety can peacefully coexist on a single album. And that album would, sadly, be the only release from this group. Forgotten at worst, overlooked at best, Shanti is an exemplar of cross-cultural styles that serves as a showcase for the boundary-pushing mindset that took hold at the tail-end of the 60s and the early 1970s. Highly recommended.