Last week I presented 25 capsule reviews; 100 words each, these were quick critical looks at new CD (and vinyl) releases. This week, I dive into the pile of reissue/compilation CDs that have been crowding my office. Don’t mistake my relative brevity for mild praise; all of the discs reviewed deserve attention. 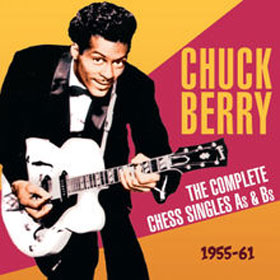 Chuck Berry – The Complete Chess Singles As & Bs
Thanks to the different (read: less restrictive) laws in the UK concerning licensing and royalties, compilations like this are cost-effective efforts on the part of reissue labels. This fifty-track 2CD set collects all of the 45rpm A- and B-sides from Chuck Berry’s tenure on Chess Records. I’m not going to waste space explaining the musical/historical importance of this set. Nicely packaged, expertly annotated, and featuring an informative essay from Paul Watts, it contains exactly what the title indicates, and seems to be truer soundwise to the originals than the controversially “cleaned up” Chess Box released stateside in the late 1980s. 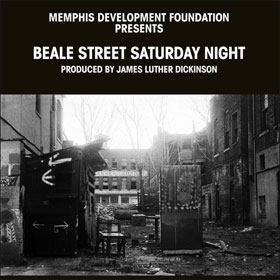 Various – Beale Street Saturday Night
Omnivore Recordings is at the vanguard of interesting, intelligent reissues. And here’s another one. The Memphis Development Foundation was founded in 1977 to support the rescue/renewal of the historic city so important in the history of American music (blues, country, rock’n’roll, jazz…you name it). Originally issued in 1979as an unbanded LP, this album is described as “a hi-fi recording of a lo-fi sound.” It deftly mixes music and spoken word, and features Memphis legends Furry Lewis, Sleepy John Estes, Grandma Dixie Davis, and others. Conceptually related to the Alabama State Troupers album, it’s a pop culture lesson with great music. 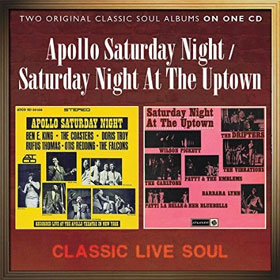 Various – Apollo Saturday Night / Saturday Night at the Uptown
In 1961, the now-legendary Atlantic Records entered into a fruitful relationship with Memphis-based Stax Records; Ahmet Ertegun and his team knew a good thing when they saw and heard it. These two LPs were released in 1964, and documented live showcases featuring great and less-known acts at their best. Ben E. King, Otis Redding, Rufus Thomas, Barbara Lynn and other leading lights are captured live onstage at the height of their powers. These all-killer-no-filler LPs haven’t been paired before, and they fit together nicely. Kudos to the folks at Real Gone Music for thinking of it. Great liner notes, too. 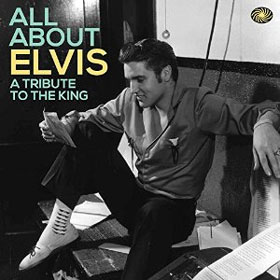 Various – All About Elvis: A Tribute to the King
Sam Phillips is often remembered by his quote, “If I could find a white man who had the Negro sound and the Negro feel, I could make a billion dollars.” Of course he did find such a man in Elvis Presley, but the billion dollars part didn’t quote work out. Still, in the wake of Elvis, countless artists (and their management) sought to grab their own piece of that pie. This 3CD collection brings together nearly 100 artists – some well-known, others exceedingly obscure – all of whom pay tribute to (read: rip off) Elvis’ style. Many do quite well. 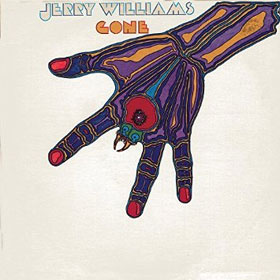 Jerry Williams – Gone
Pop music history is littered with stories of near-misses and shoulda-beens. This 1979 LP from Texas-born Williams (not to be confused with the man born with the same name but known as Swamp Dogg) was (until this Real Gone Music reissue) a fairly rare item. Imagine JJ Cale with a horn section and some shuffle/disco influences (or early Boz Scaggs with the dance-oriented feel of, well, mid-period Boz Scaggs), and you’ll have a rough idea of what this sounds like. Williams is better known for the tunes he’s written for others, but he acquits himself well on this, his third LP.