My march through the CD backlog in my office continues today with quick (100-word) looks at five new albums. Though the artists themselves might not always welcome the classification, these are all what I consider powerpop (or guitar pop, if you prefer). Fans of the genre will recognize some of the names as exemplars of the genre; the artists you don’t know create music of a very high standard as well. 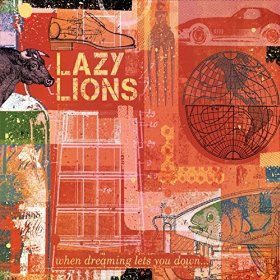 Lazy Lions – When Dreaming Lets You Down…
With a sound that suggests a more pop-flavored Smithereens (or an American Rockpile), this Brooklyn (NYC) quartet adds a few unexpected ingredients to the mix: female vocals (bassist Anne-Marie Stehn) and combo organ. Rather than playing full-on, the group favors a more finely textured approach that gives the songs room to breathe. The disc includes twelve memorable melodies, most of which feel familiar without overtly quoting anyone else. With a different vocalist (not that they need one, but one can imagine Jim Allen singing c&w), any of the songs would have fit nicely on the That Thing You Do! soundtrack. 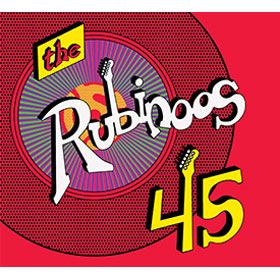 The Rubinoos – 45
These guys are true believers in the power of pop. And the title of their latest album is a reminder that the Berkeley-based group has been at it for 45 years. In a just world, The Rubinoos would have made the big time; instead, they’re known primarily to powerpop fanatics. That’s a shame, because four and a half decades on, they’re crafting winning tunes as endearing as anything they’ve done before. Fantastic harmonies and a preternatural knack for creating wonderful earworms are hallmarks of the Rubinoos approach. There’s a warm, inviting vibe throughout this album; it’s polished without being slick. 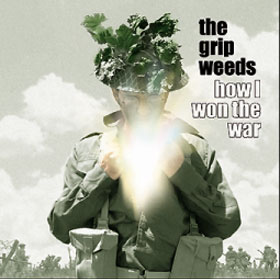 The Grip Weeds – How I Won the War
Another group that has kept the powerpop fire burning, The Grip Weeds favor an approach that recalls The Who (Pete Townshend is often credited with coining the term powerpop) and The Kinks. Finally getting ’round to the most obvious of album titles, The Grip Weeds have another winner on their hands. With a perfect balance of creamy (and often intricate) vocal harmonies and heavy power chording, the New Jersey group’s latest shows that 27 years after their debut, they still have plenty to say musically. If anything, they’re getting better with age; when they want to, they rock quite hard. 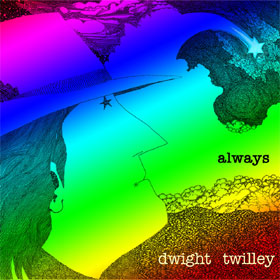 Dwight Twilley – Always
Since the mid 1970s, this Tulsa, Oklahoma-born singer-guitarist has been plying his trade. Though his “I’m on Fire” is a stone classic of the genre, Twilley has rarely seen much in the way of commercial success. In 2015 he shows that his skill at crafting pop gems remains sharp. While he’s clearly the star of his own album, the list of musicians involved reads like a powerpop who’s who, with Cowsills and Posies, members of Let’s Active and 20/20 playing alongside Tommy Keene and Leland Sklar. In a clever bit of self-referencing, the title track quotes his famous 1976 single. 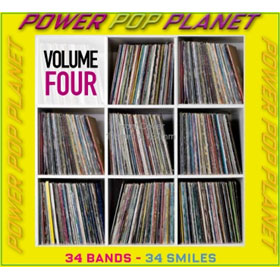 Various – Power Pop Planet Volume 4
Powerpop fans know the name Bruce Brodeen. Founder of legendary label NotLame, Brodeen was at the vanguard of the genre’s 1990s renaissance, right alongside Jordan Oakes and a select few others. While NotLame is long gone now, Brodeen remains active. This fourth in an ongoing series picks up the baton that Oakes launched with his own Yellow Pills compilation series. As always, your individual taste might mean you dislike a few of the 34 bands (and 34 songs) on this 2CD set, but most of it is excellent, upbeat pop that will remind you of everything you love about powerpop. [BUY]