Back to School with Les McCann (Part 3)

I make the (not at all original) observation that many American musical forms seem to get more respect in Europe than at home. “That’s all right,” says Les McCann. “Ninety percent of the stations are playing the same thing every day. It’s about playing that number-one. And it’s songs, not really music. People talk about ‘rap music.’ I say, ‘Where’s the music?’ People have been talkin‘ on records ever since they were first recorded. You ever heard The Ink Spots? Early Eddie Harris? Ever heard of Les McCann? I’m talkin’ on my records. I’ve even got a record called Talk to the People. But every rapper I meet tells me they’re the greatest, they started all this. ‘I got the beat. These are my beats.’” 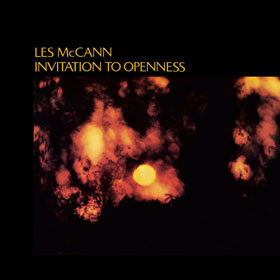 When I point out that his work has been sampled by quite a few hip-hop artists, McCann bristles. “Those guys who sample, they don’t know what they do. They’re not musicians; they’re technicians. It takes it to another place. I’m not calling it right or wrong, because it goes where it’s got to go.”

I mention to McCann that a yard sale purchase of Cannonball Adderley‘s Somethin’ Else LP changed my life. “That’s how it works,” he observes. “Some people say, ‘I just like what I heard when I was in high school.’ They hear something new that they enjoy, and it’s like, ‘What’s that?’ ‘It’s jazz.’ ‘Oh, I don’t like jazz.’ I say, don’t call it jazz. Just like it, and take it home with you.”

Something unclassifiable that many listeners liked and took home with them was the 1966 LP Freak Out, the debut record from Frank Zappa and the Mothers of Invention. Inside the gatefold of the 2LP set, there’s a photo of – of all people – Les McCann with blues singer and harmonica player Paul Butterfield. The caption says the pair are “freaking out,” but there’s no further explanation. McCann laughs heartily at the mention of this. “Nobody ever believes me when I tell them about that!” 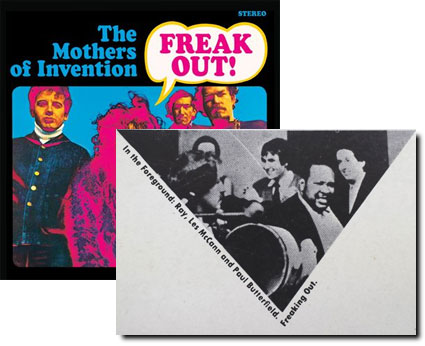 “It was a moment that happened,” McCann recalls. “I didn’t really know [Zappa] but I knew there was something he was looking for. As we talk about Invitation to Openness, it’s exactly the kind of thing that Frank Zappa did. He handed an instrument to everyone that walked into the room that day. There were more than three hundred people there, and he recorded it.” I note that the instruments assigned had nothing to do with a person’s ability to actually play them. “Half of ’em weren’t even musicians!” McCann laughs. “And that was the beauty of it all; it was great. And I am sure that stuck in my mind as a great way to approach my music from a different angle, too. We’re all connected to each other. When something beautiful comes, expand on it. Take it to another place.”

Returning to his favored concept of life-as-school, McCann makes this observation: “The curriculum in this school is complete. There’s nothing that needs to be taught; nothing new that’s going to come around. We are all in school. And everything you think of is what you can have. Everything you think of – good or bad; I don’t care what you judge it as – it is happening. Period.”

Les McCann is a vocalist, a keyboard player, a painter, a photographer. He tends to view these various sides of himself as dimensions of the same creative and artistic impulse. “There’s one thing that’s same [in all of them], and that’s me. What mode we come out of and how we do it is a choice we make, maybe. Music is part of what I asked God to give me when I chose to be human and to have a great earthly experience: ‘Let me know what I need to do; take me to where I need to go.’” 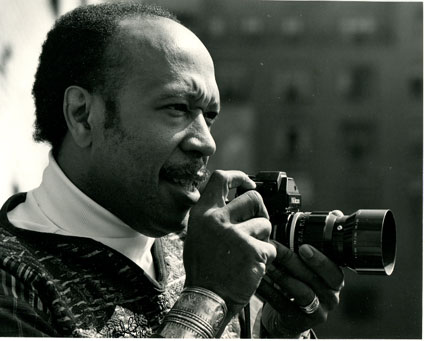 “Sometimes,” McCann concludes, “we come in with different colors, different height, different sizes. We eat different food, we’re born in different places. That all accommodates the goal we’re looking for, and leads us to that. So you can’t go wrong. You can fight it, but it’s already in your DNA. My only message to the world is this: at all times, choose love above fear.” After I thank him for his insight, he laughs and says, “Now I’m gonna go smoke a joint and see if I can take it up a notch.”

Omnivore Recordings’ deluxe reissue of Les McCann’s classic album Invitation to Openness is available now. And McCann’s book documenting his lifetime of photography, Invitation to Openness: The Jazz & Soul Photography of Les McCann 1960-1980, will be released officially on April 19. McCann made an in-store appearance last weekend (March 28, 2015) in Los Angeles, showing slides from his book and telling stories about the old days.