Back to School with Les McCann (Part 2)

Among the most celebrated releases in Les McCann‘s extensive catalog, Swiss Movement is his 1969 live collaboration with saxophonist Eddie Harris. The album was controversial on its release thanks to its inclusion of “Compared to What,” a tune with lyrics that remain as provocative today as they were thirty-five years ago. In fact, a special “radio edit” LP of Swiss Movement clumsily bleeped out the offending lyrics. 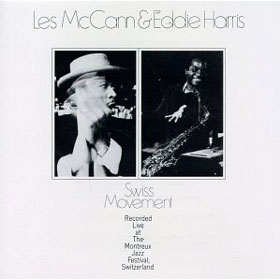 The song’s lyrics might have hurt its chances for chart success, but McCann never worried himself about such matters. “It’s art. It sells, or it doesn’t sell. The word ‘abortion’ was not permitted to be played on the radio. And the station [that did initially play it] was fined $25,000 for playing the song.” Controversy or no, the single “Compared to What” ended up a million seller, as did Swiss Movement.

“I’ll tell you a shocking story,” McCann offers. “Six years before that record was made, when I first heard the song from Gene McDaniels (who wrote it) – he was a dear friend of mine, and he was in my band – I recorded it. But I knew that [recording] wasn’t it, but I wanted to keep that song. Whether I recorded it right or wrong, I know that at some point it’s going to come to me. So six or seven years later, it came to me. Onstage, at that very moment.” 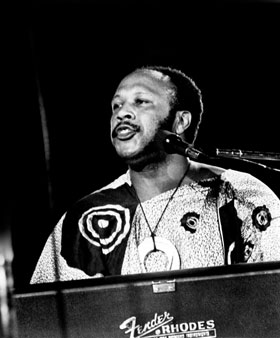 So “Compared to What” wasn’t even on the set list for McCann’s Montreux Jazz Festival performance? “The band never made it to rehearsal!” McCann laughs. “Everything was spontaneous! Even the melodies for a couple of the songs: I’m telling a couple of the guys – trumpet players – and they’re scared to death! ‘Cause they didn’t know any of the songs. ‘Just do who you are,’ I told ’em. And I trusted ’em.”

He continues. “A great lesson for me was when guys came in and were writing everything down, and saying, ‘This is the way I want everything played.’ And we’d get to a big moment, times in my career when people wouldn’t show up for rehearsal, couldn’t make it to rehearsal. I’d get mad, and I’d say, ‘Let’s just play.’” Being in front of an appreciative audience no doubt helped. “In France and Switzerland, they loved me. I don’t know what it is, but from the very first moment I ever played there, they said, ‘you belong to us.’ Maybe,” he chuckles,” it’s because my name is Les.”

And his name is closely linked with what is known as soul-jazz. “I’m told that I was one of the first people the record companies put that title to,” McCann says. “The first album I did, on Pacific Jazz [in 1960], was called Plays the Truth. ‘Soul’ is just another word for feeling, and love. It’s all good. Soul is becoming aware of what’s inside of us. When you get passionate about something, you discover yourself.”

Cannonball Adderley is another figure closely associated with the soul jazz genre. One of Adderley’s basic beliefs was that jazz is the people’s music, that it can be boundary-pushing and innovative, but that it should be accessible, too. And that kind of philosophy is felt in much of McCann’s music. In fact, in Leonard Feather‘s liner notes for his 1961 LP In San Francisco, McCann is quoted as saying, “I want my music to hit the emotion of human beings.” He goes on to say, “If jazz is played so it can be accepted, it will be accepted.” Since that quote comes from near the beginning of his recording career, I ask him if he’d like to expand on his comment. His terse reply: “No.” 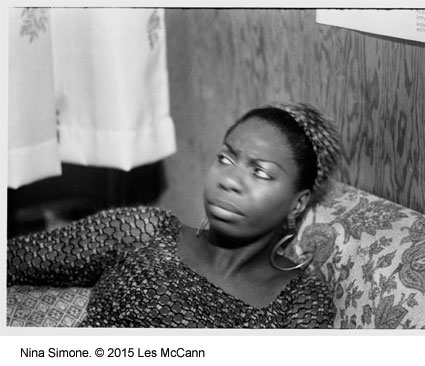 “That was then. I don’t go back, no,” he adds. “That’s what I said then; I’m not going to try and go back and figure out what I meant.” I press the subject a bit and ask if he agrees that music should be accessible. Again: “No. Don’t make no rules! Everything is already accessible. People say, ‘This is hard to play. This is hard to listen to.’ They have all these fuckin’ excuses. Shit. Give me a break! Just go do it. Find your heart, your passion. That’s the word. That’s soul, that’s love: everything that is the opposite of fear. We’ve all heard it a thousand, a million times. But we take a long time to heed the message.”

Not surprisingly, McCann has strong opinions regarding the current state of jazz. “Everything must change. And they’re trying to keep it the same. It won’t go nowhere; it died.” He observes, “Once you make a recording, it’s recorded that way: that’s how it is. And that’s the way that people who buy the records want to hear it.” That runs counter to the jazz aesthetic of never-the-same-way-twice. “Musicians understand that, but record companies are sayin’, ‘Fuck that. Make me some money!’”

“Jazz is dead,” McCann repeats. “We have to make it because we like it. I tell all the young people now, ‘If you’re really into it, it’s got to be a matter of life and death. If not, go find your passion.’”