Bill Kopp: The press release that accompanies my copy of Panorama City also uses the phrase “group ESP” when describing the interaction among you and your fellow musicians. I chuckled when I read that, because while I understand what was meant – an unspoken communication among the musicians – the avant-garde music also reminded me of the kind of thing that came out on ESP-Disk: The Fugs, Paul Bley, Albert Ayler, and Sun Ra, for example – all what one might term “outsider” music. Do you feel a kinship with those sort of exploratory artists?

Paul Lacques: Oh, definitely. Absolutely. And occasionally, the textures will sound a little…I’m not even sure what the category is. Experimental? The tonalities certainly go out on a limb, and that is how we approach our music. It’s not like, “Oh, we accidentally played a major seventh over a minor sixth chord.” That is how we think as a band. We look for melodies that are kind of on the fringe of consonance. We look for memorable phrases, but they can be quite dissonant. 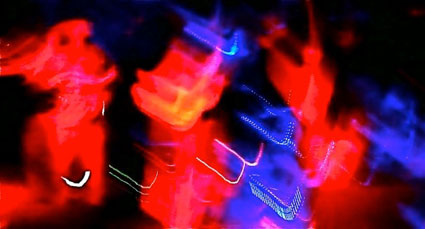 It sounds kind of like…I don’t expect people to believe it, but we did start reading each others’ mind. You’ll hear the band switch on a dime. And hearing it now, I truly don’t know how we decided to change keys or chords, but we did. We weren’t looking at each other and signaling; we just felt it.

One of the things we’ve done is to make all of the raw tracks available. So you can hear it as it was played. We really hope people check that out, because you can hear the changes happening without any cues. It was an interesting experience, for sure.

BK: As we’ve touched upon, Stew recited his more-or-less free-form lyrics live while you played. Did the cadence of his lyrics affect the organic direction that the music took, or did you more or less tune it out while you were playing?

PL: We were very much listening. We could hear each other really well; we were gathered in a fairly tight circle, and Stew was in a vocal booth. (He also played a lot of guitar, keys, and melodica.) He was very much “in the room” with us. We were definitely supporting what he was doing, and responding to it.

Our approach was sort of, “We’ve got this recording date with this singer/songwriter Stew, and we’re pretending like we have charts to play.” Like a good Wrecking Crew or backing band, yeah. You support the lyrics, once they’re in.

BK: The difference being that in your case, it was done on the fly, spontaneously…

PL: A good studio band…you know, there’s that movie about The Wrecking Crew coming out. They played on hundreds of hits, and they were making licks up on the spot, too. They didn’t have two days to work on a song; they were expected to crank out at least one song in a couple of hours. If they were hot, they’d do a couple of songs. They made guitar licks and so forth up on the spot; that’s what they were hired to do.

And that was part of the model for us, too: “First thought, best thought.”

My personal mission is to steer people toward the long versions, so they can hear them as they were played. If they like the CD, they should explore the extended versions. Rather than imitating conventional music, this is what we did.

BK: The album clocks in under an hour, and it’s tightly edited. That is the exact opposite of what you started with once the sessions were over. But the extended tracks version you mention clocks in over four hours. Would you say that the album represents the “best” of the sessions, or is it just one perspective on them?

PL: I’ve got to lean toward the idea that it was just one distillation. If someone else had edited it, it would have come out completely different. And the tracks on their own – the seventeen-minute versions – I find them just as listenable, if slightly more dramatic. We left a lot of good solos out, some amazing bass and drum stuff. It’s just not there, because when you start with seventeen minutes, you’ve got to make some brutal choices.

So rather than a best-of, it’s one angle, one pathway into the swamp. And I think Marc did a fantastic job. Someone else could have carved a completely different path, and it would sound much different.