For the final entry in this run of hundred-word reviews, I take quick looks at some rare and/or reissued music. I think it’s all worth your time. 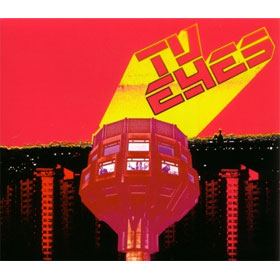 TV Eyes – TV Eyes
TV Eyes was a 90s alternapop supergroup. Jason Falkner has a stunningly high quality catalog of his own. Roger Manning was a prime mover in Jellyfish, one of the 1990s’ best, least-appreciated bands. And Brian Reitzell is renowned for his work with Air and Moog Cookbook. The bad news is that the group’s sole (2006) album was Japan-only. Until now, that is. Its dance-friendly sound weds guitar pop to an electroclash underpinning; it will appeal to Gary Numan fans. TV Eyes also helps explain what Beck saw in Falkner and Manning (both toured as part of his band in 2014). 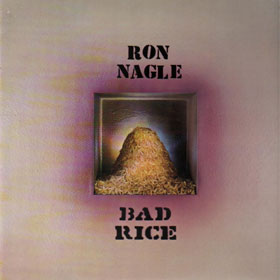 Ron Nagle – Bad Rice
I find it endlessly fascinating just how many truly creative artists are lurking right around the fringes of rock’s universe. Nagle was a member of The Mystery Trend, a band who were historically important (if largely unknown) in the 60s San Francisco scene. And as co-leader of Dūrocs, he created some skewed (and again underheard) pop music. And there’s his solo album, done in the interregnum between those projects. It’s even less known, originally released on the cult-friendly Warner Brothers label (see also: Van Dyke Parks, Randy Newman, etc.). It’s more mainstream than its pedigree suggests, and it’s funny, too. 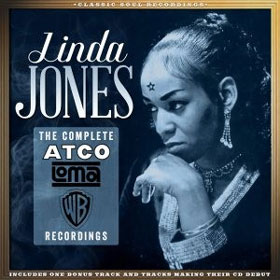 Linda Jones – The Complete Atco, Loma, & Warner Brothers Recordings
Jones’ 1967 single (R&B #4) “Hypnotized” may well be where the malpropism “hyp-mo-tized” originated. Regardless, that and many of her other singles of the era are fine examples of gospel-flavored soulful R&B. When she passed away prematurely in 1972 (as the result of a diabetic coma) at age 27, she left behind an impressive if under-appreciated body of work. Her expressive voice and breathtaking range are showcased in her music. Real Gone Music once again does yeoman’s work in rescuing these 21 sides from obscurity, and working through the knotty licensing to bring them all together on a single disc. 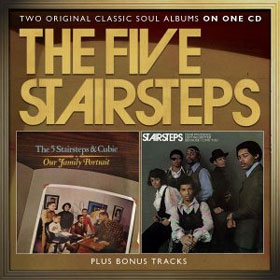 The 5 Stairsteps – Our Family Portrait / Stairsteps
A family band in the Jackson 5ive style (though the Burke family recorded before the Jacksons), The Five Stairsteps are sometimes characterized as bubblegum (or “bubblesoul”). True, there’s an undeniable family-friendly vibe to their music, but that shouldn’t diminish their work in the ears of music lovers. From the doo-wop-meets-TV-variety-show music of “A Million to One” to their smash “O-o-h Child,” there are pleasures to be found throughout their catalog. But their first two albums (now compiled on CD with bonus tracks) are their best. Their covers (“The Look of Love” and studio-era Beatles album cuts) are often quite impressive. 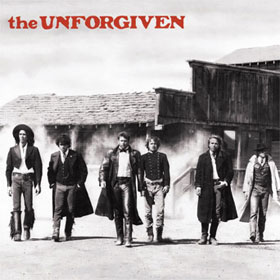 The Unforgiven – The Unforgiven (Expanded Edition)
Imagine if The Alarm were from Los Angeles instead of Wales, and you’ll have an idea of what this six-piece sounded like. Very dated 80s production flourishes (gunshot drum sounds, roaring arena-styled guitar) wedded to the odd c&w flourish (an occasional dab of pedal steel) and a perhaps ill-advised preoccupation with their look (cowboy dusters before every lame country band started wearing ’em) are the three legs of The Unforgiven‘s musical stool. Every song swings for the fences, wanting to be an anthem, and it’s all a bit too earnest. Worth a listen but in no way a lost classic.