Prog, jazz, blues: there’s something for most musical tastes in today’s roundup of hundred-word reviews. 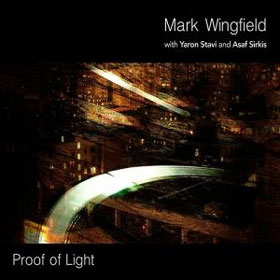 Mark Wingfield – Proof of Light
If there’s a common raison d’être among the varied acts signed to Leonardo Pavkovic‘s MoonJune label, it’s to explore the sweet spot at which jazz and rock convene. Wingfield’s disc features a trio format – electric guitar, upright bass and drums – but what you’ll hear suggests the presence of other instruments. Imagine a low-key Joe Satriani with less flash and more of a jazz sensibility — albeit with plenty of skronky electric guitar texture – and you’ll be on the path to what this all-instrumental sounds like. The arrangements are subtle, but listen closely and there’s a lot going on. 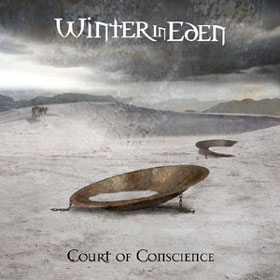 Winter in Eden – Court of Conscience
Just when I finish a piece in which I assert that there are pretty much no women in prog, along comes this disc, by a UK symphonic progressive act. Soaring Mellotron-sounding keyboards (on the “choir” setting) are met by thundering bass lines, and the requisite tricky time signature work from the drummer. Lots of sonic light and shade means that graceful piano lines are met by crushing, edge-of-metal arrangements. The one-sheet tells us that the band is popular at “various Femme Metal Festivals.” That such a thing exists is news to me. A worthy purchase for fans of the genre. 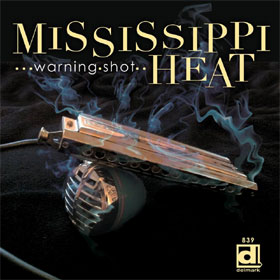 Mississippi Heat – Warning Shot
I’m always a little guarded when I stumble across an album that sports of a picture of a really large band. It makes me think of those terrible horror-metal bands like Slipknot: does it take nine people to make that sound? To be fair, while the Warning Shot credits list thirteen players, the photo only shows seven. What we have here is traditional, Chicago-styled electric blues with harmonica and vocals out front. Nothing new, really, but then “new” isn’t what most people want from a blues outfit. It swings, and for fans of the harp-through-the-Green-Bullet vibe, it’s just the ticket. 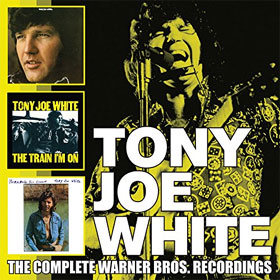 Tony Joe White – The Complete Warner Bros. Recordings
The early 70s music scene seems to have been filled with white singers who could traffic in a credible southern soul style. Louisiana-born Tony Joe White was one of the best, often outshining guys like Elvis Presley (no slouch himself). With a style that sometimes sounds very much like Creedence Clearwater Revival fronted by Mark Lindsay, White turned out three fine albums for Warner Brothers. His guitar playing is pretty impressive, too, in an understated rhythm-guitarist kinda way. Nearly every track here is a White original. No “Polk Salad Annie” (that was earlier in his career), but many other gems. 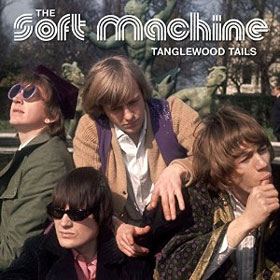 The Soft Machine – Tanglewood Tails
Canterbury legends The Soft Machine are one of the genre’s best-loved groups. With their jazz meets rock aesthetic, they were an early bridge between the then-disparate styles. Their first several albums are legendary, and deserve to be part of every serious music lover’s core collection. The 2CD set Tanglewood Tails, however, is really a for-the-faithful set of rarities, outtakes and other lo-fi oddities from the group’s earliest days. Studio tracks (such as the delightful “Clarence in Wonderland”) are cracked pop that will appeal to fans of Syd Barrett, as long as one can overlook the consistently distracting dodgy sound quality.

This series of hundred-word reviews wraps up tomorrow.