“Rock” is such an all-encompassing term. It can include speedy punk, gothic rockabilly, krautrock, indie rock, and more. So, too, can a selection of my hundred-word reviews. To wit: 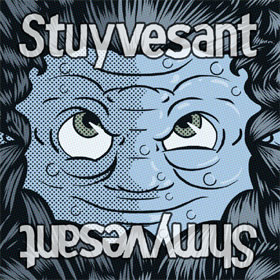 Stuyvesant – Shmyvesant
The cover art suggests pop-punk. The band photo shows husky, middle aged white guys. The music says, “We may be from New Jersey, but we look to Minneapolis for at least some of our inspiration.” Stuyvesant are indeed reminiscent of Hüsker Dü, though Sean Adams‘ voice is a lot higher (but just as expressive) as that of Bob Mould. The band does a lot with a small arsenal of instruments, and there’s plenty of stop/start action to keep the songs from getting samey. Think of it as college rock made by guys who’ve long since left the university. Well worth spinning. 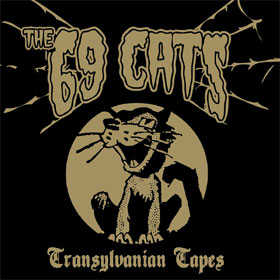 The 69 Cats – Transylvanian Tapes
This international (Finland/UK/USA) gothabilly outfit stakes out a sound that’s equal parts Cramps, Cure, and Doors. I’m not sure if it was their goal with this album, but the collection of original and cover tunes points out the aesthetic similarities between Bauhaus (“Bela Lugosi’s Dead”), The Doors (“People Are Strange”) and The Rocky Horror Show (“Sweet Tranvestite”). You’ll either love or hate the yelping vocals of Jyrki 69, who sometimes favors Brian Setzer. Fans of reverb-drenched rockabilly guitar will enjoy this thirteen-song set. Blondie‘s Clem Burke handles the drums, and 77-year-old legend Wanda Jackson guests on Leiber/Pomus/Stoller‘s “She’s Not You.” 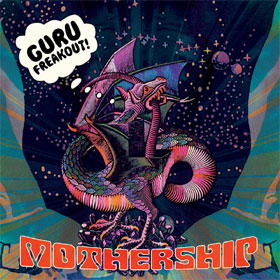 Guru Freakout – Mothership
Krautrock never really caught on in any sort of way here in the USA. Even genres like 60s-styled garage rock seem mainstream in comparison to the proggy, borderline ersatz-jazz, droning, fuzzed-out sounds of bands like Birth Control and Grobschnitt. So it’s a bit of a surprise to find modern-day bands mining the genre. But mine they do. This fantastic five-track CD – a thirty-plus minute track plus four shorter but still long numbers – is primarily the brainchild of krautrock legends Guru Guru‘s Mani Neumeier and Die Krups‘ Jürgen Engler, and finds them firing their spacerock rocketship on all cylinders. 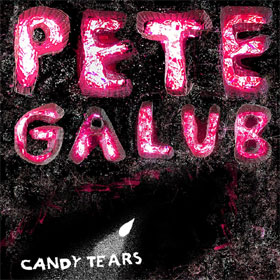 Pete Galub – Candy Tears
Some spiky guitar textures applied to catchy melodies gives Candy Tears a feel that’s halfway between powerpop and indierock, 90s version. Galub’s vocal delivery suggests a punk singer who just wants to get his point across – while defiantly chewing gum and sneering – but his skilled way around the fretboard shows that he’s far more artistically ambitious than your average pop-punker. Some angular, almost no-wave guitar lines give his jangly rock songs more bite than they’d otherwise have. Vibraphone on a couple of tracks is wholly unexpected – especially in this musical context – but it works, and well. 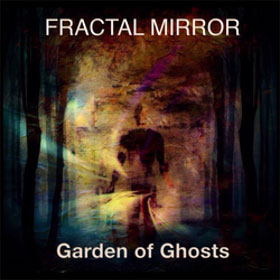 Fractal Mirror – Garden of Ghosts
These guys remind me of another band, but for the life of me I can’t figure out which. Unusually strong vocal arrangements, creamy keyboard textures and shimmering guitars suggest a sound not miles removed from – and I’m grasping at straws a bit here – Icehouse, Peter Gabriel, Japan, and Porcupine Tree (the latter’s Richard Barbieri was in Japan). The band is Dutch, but as with many European bands, American listeners will be hard pressed to spot a “foreign” accent. The minor-key melodies are best described as hauntingly beautiful. More keyboard connections: the group is associated with Synergy‘s Larry Fast.