Powerpop and jazz rarely go together. But in this edition of hundred-word reviews, they do. 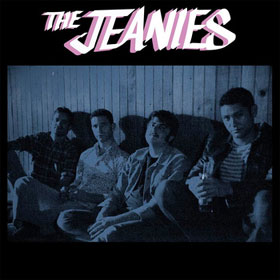 $15.00
Available only from Kool Kat Musik

The Jeanies – The Jeanies
I look back fondly upon the early-to-mid 1980s, an era in which the cost of studio time began to fall within the range of local, unsigned acts. And others just scored a Tascam Portastudio and went the DIY route at the tail-end of the analog era. It’s that latter approach that is suggested on a new(!) recording from The Jeanies. The album sounds like it was mastered direct from cassette. The lo-to-mid-fi production doesn’t mask the energy of the group, who aim for (and hit) a winning Romantics vibe. Absolutely no keyboards were used in the making of The Jeanies. 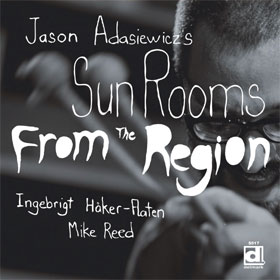 Jason Adasiewicz’s Sun Rooms – From the Region
If you like upbeat, thrilling jazz in a bop style – and if you like the buttery sound of the vibraphone – then From the Region belongs on your must-hear list. The trio – Adasiewicz on vibes, Ingebrit Haker-Flaten on bass, and Mike Reed on the drums – turn out eleven original pieces on this disc, and the instrumentals are heavy on melody. As is somewhat standard in jazz, all three players are doing their thing at all times – not merely backing up the other players – but the whole thing holds together in an edge-of-mayhem way. Highly recommended. 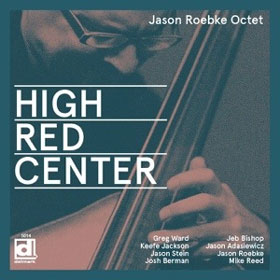 Jason Roebke Octet – High Red Center
As presented here, the octet operates on the small end of big band. Influenced greatly (and unapologetically) by the mighty Duke Ellington, this vibes-centric outfit combines free jazz with more melodic variants of jazz. It’s thrilling, challenging and alluring all at once, and the interplay between alto sax, tenor sax, bass clarinet, oboe, cornet and trombone alternates between out-there and harmonious. A solid bass (band leader Jason Roebke) and drums rhythm section wisely keeps things from flying away into the realm of outer space (because that’s Sun Ra‘s territory), and across eleven tracks, it’s an exciting ride. Check it out. 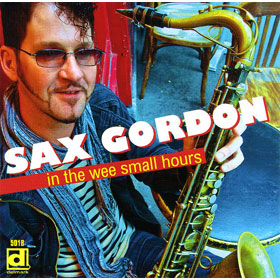 
Here in Asheville, there’s an older African American gentleman who goes by the name of Bobby Sax. He’s inevitably found at the exit gate after a ballgame at McCormick Field, or outside after a Civic Center concert. He seems to know every standard ever written, and he plays for tips. That aesthetic (except for the remuneration, one hopes) is not unlike the approach of one Sax Gordon on this album. Backed only by organ and drums, Gordon winds his way through a familiar songbook, with a swinging soul jazz style that will please fans of Jimmy McGriff and the like. 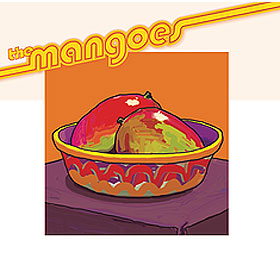 $9.99
Available only from iTunes

The Mangoes – The Mangoes
On one hand, The Mangoes is a concept album, a rock opera, or something like that. But at the same time, it’s a winning pop album in the tradition of 10cc‘s best work. The album’s opener “I Told You So” sets out the storyline, but you can ignore the story/concept and focus on the singalong melodies. Loads of 70s-styled keyboards, soaring power-chording guitars and tight harmonies (sometimes recalling Sweet) make The Mangoes an unexpected pleasure. Underground hero Tim Morse is half of The Mangoes, a group that even has its own theme song (chorus: “Yeah, yeah, yeah, it’s the Mangoes!”).

More of these brief reviews to come.