Time for some more backlog-clearing hundred-word reviews. All of these are worth my (and your) time in some way, but because of the sheer volume of worthy material in my inbox, I regularly do these short-form reviews to keep them from languishing on my desk. Today’s four are all artists I’ve covered before. 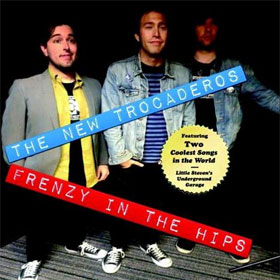 The New Trocaderos – Frenzy in the Hips
Recently I reviewed the recent three-song disc from this Northeastern trio, and while I liked it a lot, I found the stylistic ground covered disparate enough so as to be confusing. This six-song disc repeats three of those cuts. The new three are reminiscent of some quality Southern acts of the 80s — specifically Georgia Satellites and Jason & the Scorchers — and serve better to define the group’s sound. Little Steven (he of the Underground Garage digital radio program) is a fan; he’s bestowed the “Coolest Song in the World” designation to two of the cuts on this disc. 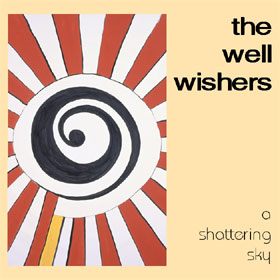 The Well Wishers – A Shattering Sky
Jeff Shelton is one prolific guy; almost like clockwork a CD from him shows up in my mailbox every few months. And even though he’s not high profile, I cover his stuff because it’s good. If you’re the sort who picked up Jordan Oakes‘ peerless Yellow Pills powerpop compilation CDs back in the 90s (or most anything from Bruce Brodeen‘s NotLame label) then this is the stuff you’re looking for circa 2015. Any of the twelve cuts here would be right at home on a Yellow Pills set. Like-minded pals Chuck Lindo and Bradley Skaught help out on some cuts. 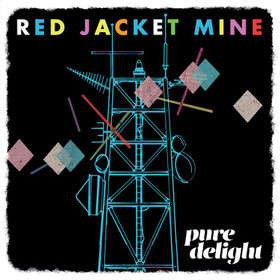 Red Jacket Mine – Pure Delight
As with their 2013 long player, on this six-song disc, Lincoln Barr‘s Red Jacket Mine is stylistically varied. Barr’s voice is the centerpiece of these well-assembled tunes, and some interesting keyboard textures (funky 70s-styled clavinet, some really well-recorded piano) plus some tasty synth strings give the disc a vaguely Ben Folds feel (minus the humor), even though Barr’s a guitarist. The soulful “Crow” and the sing/songwriter-flavored “AM” are both a bit of a left turn, departing from the group’s generally upbeat approach. “Nearly Marjorie” is retro in that “(Just Like) Starting Over” kind of way. “Get Paid” is wryly humorous. 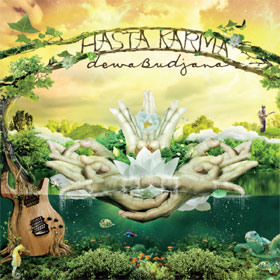 Dewa Budjana – Hasta Karma
This Indonesian guitarist is a busy guy; like Jeff Shelton (see above), he seems to always have something new for his listeners. Of course where Shelton’s nominally powerpop, Budjana is progjazz, with a style that’s reminiscent of the better mainstream fusion albums of the 1970s (specifically Jean-Luc Ponty‘s albums). His music is ambitious and intricate while remaining highly melodic and accessible. Joe Locke‘s vibraphones keep things in a jazz vein, as does Ben Williams‘ upright bass (which often sounds like a fretless electric bass guitar). Recommended as a disc to spin for jazz friends who don’t think they like prog.