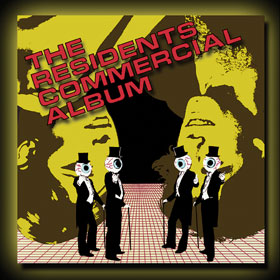 Ex-Turtles and Mothers vocalists Flo and Eddie (Mark Volman and Howard Kaylan) used to have a nationally-syndicated radio show. One recurring component of the merry duo’s program involved spinning records by some of their musical peers. The thing is, they wouldn’t play anywhere near the whole song: after they felt like they had given listeners the gist of a song, off it went.

The thinking behind that practice was simple: once you’ve heard a minute or so of a pop song, you’ve pretty well heard everything it has to offer. The rest is repetition. This is true (perhaps to an alarming extent) for most pop, rock, blues, country, soul, funk, and r&b. In fact I apply that thinking whenever I’m doing one of my periodic “smash or trash” exercises to determine which submissions get reviewed. (Because of the complexity and shifting tone that are hallmarks of jazz and progressive rock, music of those genres gets a more thorough once-over).

But I didn’t invent the idea, and as much as I love Flo and Eddie, they didn’t come up with it, either. Neither, perhaps, did The Residents, but they may well have been the first musical artists to explore the idea in depth and then craft an entire album by applying its principles.

That’s the underlying premise/concept of the group’s 1980 album The Residents’ Commercial Album. Certainly not commercial in the most popular definition (as in, accessible and lending itself to mass marketing), the Commercial Album takes its name from the fact that each of its forty tracks are exactly sixty seconds long…like a television commercial.

Across forty tracks, The inscrutable collective that is The Residents explore the pop landscape from their skewed perspective. But in its own twisted way, Commercial Album is – by Residential standards – fairly accessible stuff. Stripping their compositions down to the most basic elements, The Residents still endeavor to give listeners what (in other contexts) would be considered a verse and chorus. Often the vocals are delivered in the peculiar sung-spoken style that is the group’s trademark, but other times there’s actual singing (sometimes by guest artists including Lene Lovich and Snakefinger, both of whom have more, um, accessible vocal tones).

The instrumentation on Commercial Album‘s tracks varies from exceedingly minimalist (say, one synthesizer and a drum machine) to fully-developed “band” type arrangements that feature multiple musicians (or at least multiple overdubbed instrument parts). Occasionally, the tunes fall into a samey-ness of meter, but then – knowing The Residents – that characteristic may be a way for the group to wordlessly comment on the generic nature of much of what passes for pop music.

There are some catchy tunes here, as well. The first two cuts (“Easter Woman” and “Perfect Love”) are nothing if not pop-leaning in their construction and delivery (note that when it comes to matters of accessibility, The Residents are graded on a curve). It’s worth noting just how far The Residents traveled musically between their debut album Meet the Residents (recorded 1974, but not widely released until 1977) and Commercial Album just a few years later. For pop-attuned ears, Commercial Album is far easier to take than the group’s first disc. But the changes/refinements The Residents made to their music in the interim didn’t dilute their vision a bit: Commercial Album is as weird and wonderful as ever.

It’s also worth pointing out just how difficult it is to create forty distinct songs that are all exactly the same length. Some groups have almost achieved that kind of thing by accident (see The Ramones‘ early catalog for evidence) but doing it on purpose is some sort of accomplishment in and of itself.

That The Residents’ Commercial Album is listenable and entertaining start to finish is a testament to the group’s quality of vision. The 2014 CD reissue of the album by MVD doesn’t offer anything new in the way of bonus tracks (a 1988 reissue had ten) or liner notes(!), but then The Residents’ Commercial Album has always been just fine the way it is.

By the way, four more of my Residents reviews (and an interview!) are HERE.