There’s a never-ending stream of new music, so it’s time once again for some hundred-worders to work off some of my backlog. As always, these all deserve full reviews, but with limited time and resources, 100 words will have to do. I’ll cut to the chase. Today I look at five new releases form indie (i.e. not on a big label) artists. 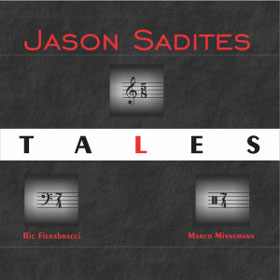 Jason Sadites – Tales
The prog community is rife with all sorts of cross-fertilization, collaboration and creativity. Guitarist Jason Sadites is well plugged into this scene; his list of collaborators on his previous four releases reads like a who’s who of progressive rock. On Tales, he’s joined by the ubiquitous Marco Minnemann (drums) and bassist Ric Fierabracci. The eight accessible instrumental tracks on Tales have enough melodicism to hold the interest of a general audience, while the players execute enough musical twist and turns to keep prog fans’ attention. The album’s excellent mix makes the listener feel as if s/he is in the studio. 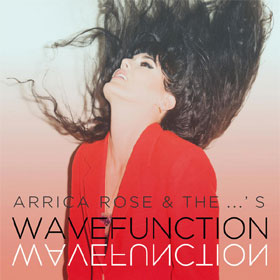 Arrica Rose & the …’s – Wavefunction
Gently rocking, catchy indie rock is the order of the day here. Rose’s smoky, alluring and slightly breathy voice is mixed out front, with the band sometimes sounding as if they’re in the next room. Rose and producer Daniel Garcia are confident enough of her pipes to keep the production free form effects on her vocals. Rose is up-front about the importance of song sequencing; the tracks on Wavefunction are arranged around two different moods. The later tracks are more subdued and contemplative, but Rose’s voice is the glue holding everything together. “Love You Like That” is the standout track. 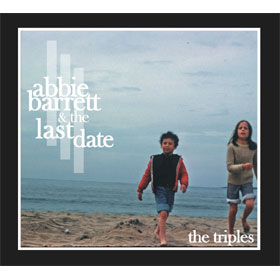 Abbie Barrett & the Last Date – The Triples
In 2011, I made an exception and reviewed a three-song EP by Barrett; the tunes were strong enough – and showed enough promise – to warrant the coverage. Her preferred format continued after that, but this disc offers nine tracks, half of which are new. The promise suggested on the earlier EPs is delivered upon here. Fans of New Pornographers – at least ones who enjoy the more rocking end of their oeuvre – should check this one out. And those who missed the earlier discs will find their highlights collected here. You can expect more good things from Barrett. 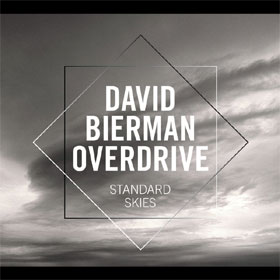 David Bierman Overdrive – Standard Skies
On Standard Skies, the former Junk Monkey guitarist presents an indie-rock perspective on classic melodic midwestern rock. Catchy, near-singalong melodies are placed into straightforward arrangements that feel warm and intimate. When Bierman plays it up close and personal (“Clock”), he’s effective, but when he rocks out (“Superhuman”), that feels every bit as authentic. Subtle shades of Gin Blossoms are given added weight by the Cheap Trick-like energy of Bierman’s band; the word “Overdrive” is part of their name for good reason. Every tune has a strong hook, and that’s no small feat. Apparently live gigs by the group are rare. 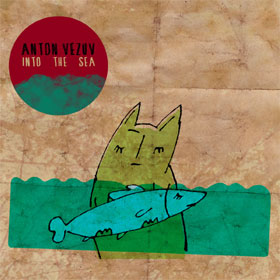 Anton Vezuv – Into the Sea
In 2012, I was turned onto the wonderful guitar pop of Budapest-based The Poster Boy. I had always assumed that there would be good music coming out of the former Eastern bloc, but most of it would never reach the ears of most westerners. So I was pleased when one of The Poster Boy’s members referred me to Anton Vezuv. (That’s a band name, not a person.) Leader Istvan Gyulai sings in English, and is pointedly credited for the band’s “sad songs.” I’d suggest the words wistful and melancholy instead: wonderfully textured songs in classic tradition with a rainy-day vibe.