There’s a never-ending stream of new music, so it’s time once again for some hundred-worders to work off some of my backlog. As always, these all deserve full reviews, but with limited time and resources, 100 words will have to do. I’ll cut to the chase. Today it’s five acts nominally in the jazz/fusion/prog genres, all with names that will sound odd to American ears. 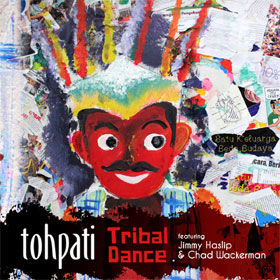 Tohpati – Tribal Dance
If you dig melodic guitar shredding that mixes jazz fusion and rock, do check out this album from Indonesian guitarist Tohpati. In places his clean chording and single-note runs are reminiscent of Eric Johnson, but with a heavier bottom end. That heaviness is thanks to his rhythm section on Tribal Dance: bassist Jimmy Haslip and former Frank Zappa drummer Chad Wackerman. Tohpati also sometimes sounds like Jeff Beck – especially the latter’s mid 70s material – but the album’s overall sound is imbued with an Eastern sensibility that certainly adds interest. Mainstream enough for rock fans, adventurous enough for jazzers. 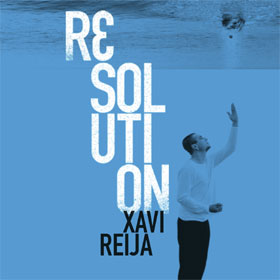 Xavi Reija – Resolution
Leonardo Pavkovic‘s MoonJune label is responsible for a surprisingly high volume of new music, and the label’s quality standard is quite high overall. Here’s yet another. Catalan (Spain) drummer Xavi Reija is nominally the session’s leader, but musical cohorts Bernat Hernandez and guitarists Dusan Jevtovic do plenty of heavy lifting as well. Jazz sensibility applied to thickly chorded rock riffage, engagingly busy basswork and expressive, precise percussion are the hallmarks of this eleven-track instrumental album. Several tracks push the eight-minute mark, taking their time to develop. In turns forceful and contemplative, Resolution is a deeply textured collection of post-rock tunes. 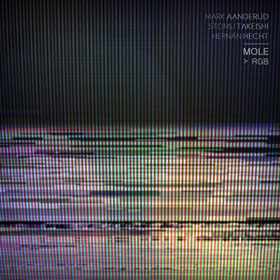 Molé – RGB
Everything from ECM-styled atmospheric jazz to funky, uptempo workouts is explored on this trio album. Featuring keyboardist Mark Aanderud, electric bassist Stomu Takeshi, and Hernan Hecht on drums, RGB is delightfully varied for a piano trio. At times – as on “Trichromatic” – the melody is buried in a flurry of notes, but the musicians don’t seem to be improvising: they give a real sense of knowing where they’re going on each track. The cuts are occasionally punctuated by some strange sound effects, but that other-worldliness is offset by the impressionistic, pastoral textures of “Winip,” and the surprisingly melodic “Freelance.” 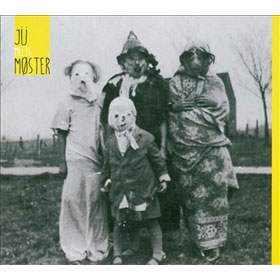 Jü and Kjetil Møster – Jü Meets Møster
The cover art on this disc is reminiscent of Lasse Hoile‘s nightmarish, dreamscape-like photography work for Porcupine Tree and Steven Wilson. Musically, it’s something else altogether. Guest saxophonist Kjetil Møster starts things off out front, leading the listener away from anticipation of the skronky, fleet-fingered distorted guitar work of Àdàm Mézáros that is to follow. At times, the group sounds like an unholy amalgam of punk, prog and jazz. But it works, and well. At times, Møster’s sax sounds like an electric violin. This album is crazy, weird, and worthwhile, but probably not designed for the less adventurously inclined listener. 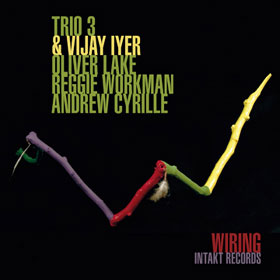 Trio 3 + Vijay Iyer – Wiring
This release is neither fusion nor post-rock; instead, it’s nearly seventy minutes of modern jazz. All eleven tracks are originals, variously composed by the participants: alto saxophonist Oliver Lake, pianist Vijay Iyer, Reggie Workman on bass, and drummer Andrew Cyrille. Lake and Iyer tend to be out front on these compositions that range from tuneful, MJQ-styled pieces to weedy, atonal skronk like Workman’s “Synapse II.” Though the English-language presskit doesn’t mention it (the German translation does), “guest pianist” Iyer was a 2013 recipient of one of those MacArthur Foundation “genius grants.” His lovely “Willow Song” is almost Gershwinesque in places.