Every so often, I do a set of capsule reviews. Those short-take looks at CDs are a way of clearing my backlog. There’s so much good music out there – so much that I want to tell readers about – that it’s impossible to get to all of it. So the capsule reviews help a bit.

It’s even tougher with music-related DVDs. At least with CDs, I can listen (to a certain extent) while doing other things. But with DVDs, it’s pretty much a case of watching and doing little else. As a result, I have far too many DVDs and Blu-ray discs still awaiting review. To help clear that backlog, I’m applying the capsule review approach to a pile of DVDs that have been languishing far too long on my desk. My standard disclaimer applies: all of these titles deserve a fuller analysis, but it’s this or nothing. 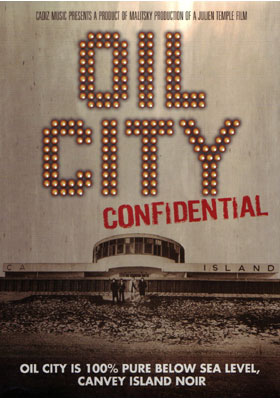 Oil City Confidential: The Story of Dr Feelgood
Pub rockers Dr Feelgood are all but unknown in the USA. Though their musical style led to the rise of new wave (but not really to punk), the defiantly British sensibility of the group pretty much pecluded their sound transating to American ears. The band’s no-bullshit straight-ahead sound is sort of a missing link between, say, The Faces and Graham Parker. Julien Temple brings high production values to this documentary about the band, largely told though they eyes (and ears, and voice) of Wilko Johnson. Temple weaves in film from other sources – archival footage, old British movies – but does so in a way that makes them feel relevant to what’s being discussed. As one of the band recalls, “Bearing in mind what was around at the time – Gary Glitter, Sweet – we must have stuck out like sore thumbs: ‘Oo’s this lot?’” There are no great revelations in the film beyond a sense that Dr Feelgood deserved better. Oil City Confidential is a well-deserved look at the place in history occupied by this overlooked band. 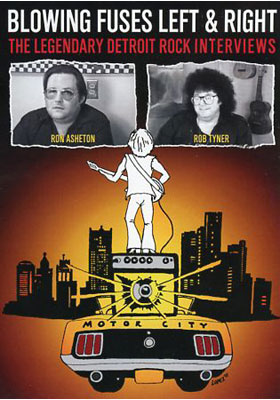 Blowing Fuses Left & Right
Three hours is a rather long running time for a DVD of interviews, but when those interviews are with Stooges guitarist Ron Asheton (who passed away in 2009), MC5 singer Rob Tyner (who died in 1991) and MC5 drummer Dennis Thompson (who’s still alive), then the run time is warranted. Those guys didn’t do a whole lot of interviews. In the late 1980s, a young fan of Detroit hard rock – 19-year-old Gil Margulis — made a low-budget documentary about the historic Detroit rockers of the late 60s and early 70s. This DVD isn’t that film; instead, it’s a compilation of the interviews with Tyner, Asheton and Thompson. Production values are near-nonexistent: for the most part, a tripod-mounted camera and cheap mic capture the interviews. The subject is nearly-full-frame, and the questions are off-camera and sometimes off-mic. A bit of location shooting shows the the camera operator’s lack of experience. But none of that will matter much to those interested in firsthand recollections of the era. 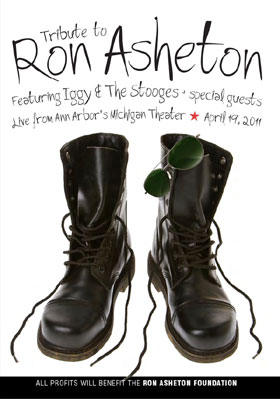 Tribute to Ron Asheton
In the wake of Ron Asheton ( see above) dying in 2009, his Stooges bandmates mounted a memorial concert in his hometown of Ann Arbor, Michigan. This DVD documents that April 2011 concert, and adds in reminiscences from Stooges members, musical guest Deniz Tek (Radio Birdman), and Henry Rollins. The concert is well-shot, and the audio is crystalline, showcasing the (ahem) raw power of Asheton’s surviving bandmates. Something’s lacking, of course, without Asheton’s signature guitar style, but the concert is worthwhile nonetheless. The addition of a string section(!) on a few tracks may strike viewers as odd – it certainly did me – but it works better than one might expect. 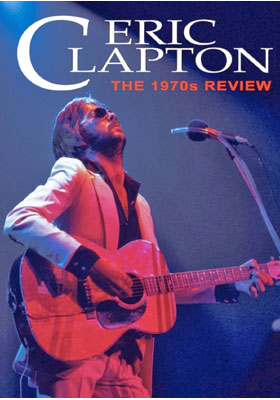 Eric Clapton: The 1970s Review
I would never advocate that a musician descend into hard drug use in search of his or her muse. And getting clean after years of drug addiction can only be a good thing. That said, for me, Eric Clapton‘s music lost its power after Derek and the Dominos; his subsequent solo work is for me far too lachrymose and lazy. Naturally, this documentary picks up where Eric Clapton: The 1960s Review leaves off. It begins with the Layla material and continues forward, giving the music a fresh new look, and – to my mind – giving it a more studied and thoughtful treatment than it generally deserves. The DVD gives evenhanded, unblinking coverage to Clapton’s drug addiction and subsequent recovery. And as the deacde was peppered with some good work from the guitarist – his work with Delaney and Bonnie, for example – the film is interesting. The Sexy Intellectual people are responsible for a very long list of this kind of documentary, and The 1970s Review is to their high standards. And though the producers didn’t secure Clapton’s cooperation, some archival interview footage tells at least part of the story in his words.