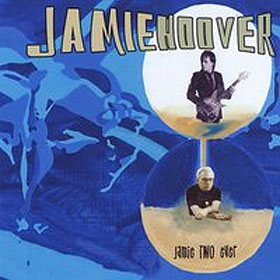 For the last thirty-plus years or so, Jamie Hoover has been known as a highly regarded producer, musical collaborator, and member of the Spongetones. I first noticed his production credit on 1983’s Emotional Geography, an excellent (if obscure) album from Charleston SC’s Killer Whales, a Police-like trio who frequented the Atlanta clubs I haunted in those days. He went on to produce albums for Robert Crenshaw (Marshall’s brother), Bob Lind and (quite recently) up-and-comers Porch 40. Hoover’s collaborative projects first caught my notice with his credits on mid-80s albums from Don Dixon and Marti Jones. And in the 1990s, Hoover released a pair of albums with Bryan Shumate; the duo dubbed themselves The Van DeLecki’s. And all along the way, Hoover released solo material, first as scattered tracks on compilations, and then via solo albums.

But despite those impressive lists of credits, it has been as a member (and a primary songwriter) in The Spongetones that Hoover gained the most recognition. Beginning with 1982’s Beat Music, Hoover crafted songs in the tradition of pre-Sgt. Pepper Beatles. As the group progressed, they widened their musical scope, keeping the Beatlesque characteristics that established them, while adding songs to their catalog that displayed the wealth of less-derivative riches they were quite capable of producing.

The Spongetones wound down as a recording entity around the time of the release of Scrambled Eggs; while that 2009 album ranks among the finest in the band’s catalog, diminishing commercial returns convinced the quartet that future albums weren’t practical (they continue as a performing group). “Spongetones albums have always been a labor of love for me,” says Hoover. “They also take an incredible amount of time. If I’m going to make an album that has my name on it anywhere, I’m going to take the time it needs.” But after 2008’s Too Clever by Half and then Scrambled Eggs, the time and effort required didn’t make sense. “I didn’t feel like anybody really wanted [another Spongetones album].” But to Hoover, working alone or as part of a smaller unit did make sense: “I can make stuff in an afternoon that sounds like a record,” Hoover points out. 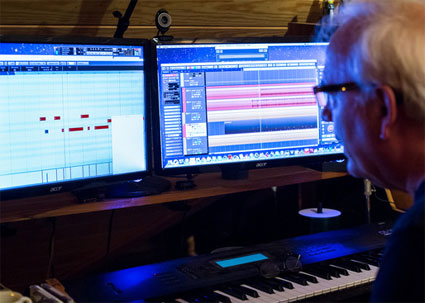 With that in mind, Hoover and his bandmate Steve Stoeckel (the group’s other most prolific songwriter) launched a new career as Jamie and Steve. To date the duo have released an album (English Afterthoughts) and three EPs. The Jamie and Steve project is a logical extension of the musicians’ Spongetones work: it features their original-minded songs plus other compositions that cast a wider stylistic net for their influences. As impressive as The Spongetones were/are, it seems that casting off the yoke of that brand has allowed Stoeckel and Hoover to assert their individuality (and collaborative identity) more effectively. EPs are now the duo’s preferred format: “I think that’s about the attention span of listeners nowadays,” chuckles Hoover.

I was in touch with Stoeckel in mid 2014, discussing the possibility of hiring The Spongetones to play at my wedding reception in September. Discussions didn’t get very far at all before a piece of news scuttled the idea: Jamie Hoover was due for rotator cuff surgery on both shoulders – two separate surgeries, months apart – and as a result, he would be out of commission as a player/performer for several months.